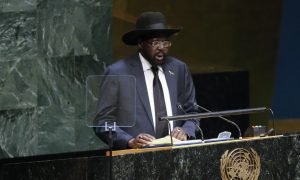 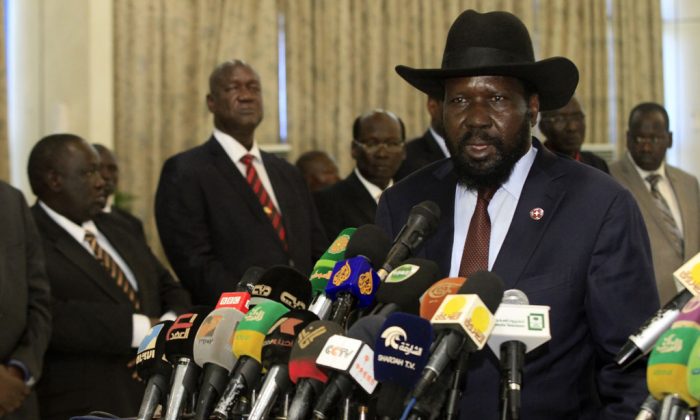 ADDIS ABABA, Ethiopia—South Sudan will hold general elections between May and July, said a government spokesman.

The government will give amnesty to rebels to encourage the widest participation in the elections, said Ateny Wek Ateny, the president’s press secretary.

“We will hold elections in 2015 as we will not allow our democracy to be held hostage to violence. A budget has been approved and we urge all parties to participate. In South Sudan power will not be attained by way of guns but rather by ballots,” Ateny said.

The president is determined that the elections will be transparent and an accurate reflection of the will of the people, said his spokesman.

A spokesman for the rebels, Brig. Gen. Lul Koang Ruai, rejected the polls and amnesty saying forces fighting the government have committed no crime. He also rejected the planned elections on grounds of credibility.

“We don’t believe the elections the government is talking about will be free and fair. We will not take part in it,” Ruai said.

In May last year South Sudanese President Salva Kiir said the next general election, originally scheduled to be held in 2015, will be pushed back to 2017 due to continued instability and violence in the country.

Fighting broke out in the oil-rich country about a year ago, pitting Kiir’s supporters against former Vice President Riek Machar’s followers. Kiir, an ethnic Dinka, accused Machar, an ethnic Nuer, of trying to oust him in a coup.

Tens of thousands of people have died and 1.9 million more have been displaced by warfare in the young nation, according to the United Nations.