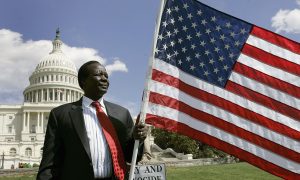 South Sudan: A Call for Help in a Tragic Land
0 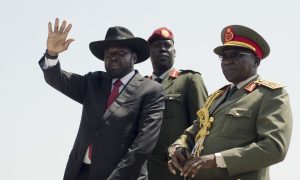 To Save South Sudan, Dump the Warlords
0 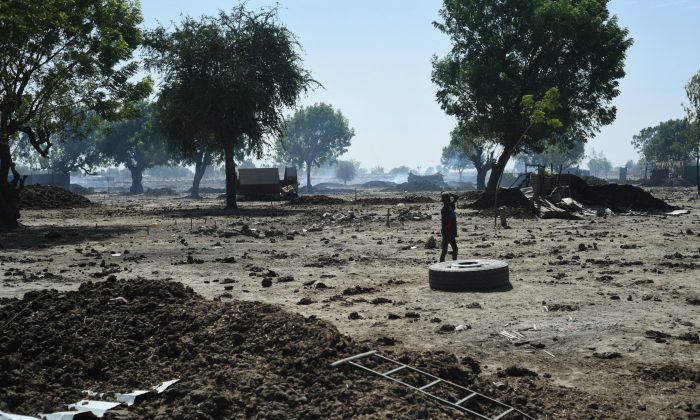 A child walks through the ruins of Leer town in South Sudan's Unity state on Dec. 15, 2015. Leer, the hometown of rebel leader Riek Machar, has been sacked at least three times during the war. Tuesday marked the two year anniversary of South Sudan's civil war. (AP Photo/Jason Patinkin)
Africa

LEER, South Sudan—South Sudan’s civil war took away everything that had been precious to Mary Nyak Chot.

“All my children were killed. The youngest two were burned in their home. The other four were bombed by artillery. My husband also died,” she said on Tuesday while clutching a food ration card. She was attending the first food distribution—organized by the International Committee of the Red Cross—since July in Leer, an area facing famine.

It’s been two years since the civil war began in South Sudan, a nation which is itself only four years old. The violence continues, despite a peace deal signed more than three months ago.

“The situation still remains the same,” said Daud Gideon, a member of the Remembrance Project which is collecting names of those lost in the war. “A lot of killing still is happening in different parts of the country, and the lives are being lost on a daily basis.”

The war started on December 15, 2013 after a skirmish between soldiers in a barracks in Juba, the capital. Soldiers loyal to President Salva Kiir, an ethnic Dinka, perpetrated organized ethnic killings of Nuer, the tribe of Kiir’s political rival Riek Machar, according to an African Union commission report.

The Juba Massacre prompted an uprising of Nuer in the country’s northeast led by Machar, a Kiir’s former vice president. The insurgents committed revenge massacres which rivaled the Juba killings in their horror, spurring a cycle of violence. The United Nations says tens of thousands have been killed while other estimates range up to 100,000.

The brutality of the fighting has shred South Sudan’s social fabric, exposing buried ethnic faultlines and creating new ones which have made attempts at reconciliation unsuccessful.

“Trust is not there. People are identifying now by their tribes,” says the Rev. James Ninrew, a peace activist in Juba. “Even in one community, you will find Nuer are divided, or the Dinka are divided.”

Over 2 million people have fled their homes, including hundreds of thousands seeking refuge in neighboring countries. About 180,000 people shelter in squalid United Nations bases rife with disease and violence. Others hide in remote swamps and forests, too afraid to go home.

“I’m running away every day,” says Nyalen Top, who ventured out of the hinterlands of Leer, the birthplace of Machar and one of the country’s most devastated parts of the country, to seek medical help for her two sick children. “It is better to hide yourself in the bush, because if the men get you they can rape or kill you.”

This year, the government gained the military upper hand after repulsing a rebel attempt to capture oil fields in Upper Nile state and launching a blistering summer offensive through Unity state following the collapse of peace talks in Ethiopia in March.

Both sides of the conflict stand accused of using child soldiers. Human Rights Watch Tuesday named more than 15 South Sudanese government commanders and rebel officials who have recruited and used child soldiers during the war.

More than 100 child soldiers were interviewed for the report. They described how they lived for months without enough food, far away from family, and were thrown into terrifying gun battles in which they were injured and saw friends killed, Human Rights Watch said. Children also expressed deep regret that they had lost time they should have spent in school, according to the report.

Between 15,000 and 16,000 children have been used as child soldiers during this war, according to the U.N. children’s agency, UNICEF.

Some 3.9 million people in South Sudan are in crisis or emergency levels of food insecurity, the levels just below famine, as a result of the fighting, according to the Integrated Food Security Phase Classification System (IPC).

The deadline to form the transitional government passed last month with no progress made. The rebels have not even returned to Juba as the government says only a few dozen of them are allowed to come home.

“The peace deal is going nowhere,” Ninrew says. “The people who signed it, who are supposed to implement it, are the very people working against it.”

Top says she cannot endure another year of war.

“We are stuck, like a fish when the water has dried up,” she says, fanning flies off her feverish child. “If this next year is the same as the last two years, we will leave this country.”