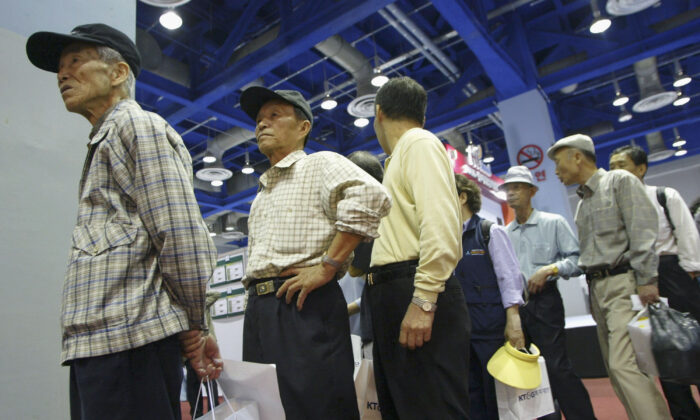 South Korea’s debt-to-GDP ratio is projected to grow at the fastest pace among the world’s 35 most advanced economies over the next five years, and its potential GDP growth rate from 2030 to 2060 is also projected to be the lowest among the 38 OECD member countries.

According to the International Monetary Fund’s (IMF) latest Fiscal Monitor report, South Korea’s government debt-to-GDP ratio is projected to reach 66.7 percent in 2026, an increase of 15.4 percentage points from the current 51.3 percent. IMF regards it as having the fastest debt growth rate among the 35 most developed countries listed.

Among the 35 most developed countries, the Czech Republic ranks second, where its projected debt growth rate is 8.7 percent, followed by Belgium with 6.3 percent, Singapore with 6 percent, and Hong Kong with 3.8 percent. South Korea is the only country that exceeds 10 percent in projected debt growth.

Since this year, South Korea’s debt ratio growth seems to have diverged from most other developed countries, according to the IMF report.

Most other developed countries began reducing the scale of their fiscal stimulus this year and plan for further reduction next year. The average debt-to-GDP ratio of the 35 most advanced economies fell from 122.7 percent last year to 121.6 percent this year, a decrease of 1.1 percent. And next year’s projected 119.3 percent will be 2.3 percent lower than this year.

On the contrary, South Korea’s debt ratio is projected to rise from 47.9 percent last year to 51.3 percent this year and 55.1 percent next year, increasing 3.4 and 3.8 percentage points, respectively. This year alone, South Korea has compiled two rounds of supplementary budgets, a scale of $12.4 billion and $29.17 billion. Next year, its budget expenditure will increase by 8.3 percent, which is only 0.6 percentage points lower than this year’s 8.9 percent.

South Korean public opinion believes the primary reasons for the rapid rise in national debt are the low birth rates and aging population, leading to a decrease in the taxpayer population and an increase in the beneficiary population. In addition, due to the Chinese Communist Party (CCP) virus pandemic, South Korea has not been able to implement fiscal austerity policies like other developed nations.

According to a recent forecast from Organisation for Economic Co-operation and Development (OECD), if the status quo is maintained with no policy changes, South Korea’s potential (GDP) growth for 2030 to 2060 was estimated at 0.8 percent.

Potential growth refers to the rate of growth that an economy can sustain over the medium term without generating excess inflation.

The annual average potential (GDP) growth from 2030 to 2060 of OECD’s 38 member countries is projected to be 1.1 percent. Among the countries, South Korea and Canada are tied for the bottom place at 0.8 percent, lower than the 1.0 percent average of the G20 developed country group to which South Korea belongs. From 2030 to 2060, the annual average potential (GDP) growth rates in the United States and Japan are 1.0 and 1.1 percent, respectively.

The OECD report suggested that after the decline and rebound [of the GDP growth trend] caused by [the CCP virus pandemic], growth will gradually slow again in both OECD and G20 developing countries. And the declined growths are expected to continue to weaken over the next few decades without policy change.

The report also stated that slowing economic growth is also a factor that threatens fiscal soundness. And it is because the government’s tax revenue base is weakening while welfare spending increases due to an aging population. OECD recommended reassessing the long-term fiscal soundness, taking into account higher levels of national debt and slowing growth to ensure the economic recovery has a firm foothold.