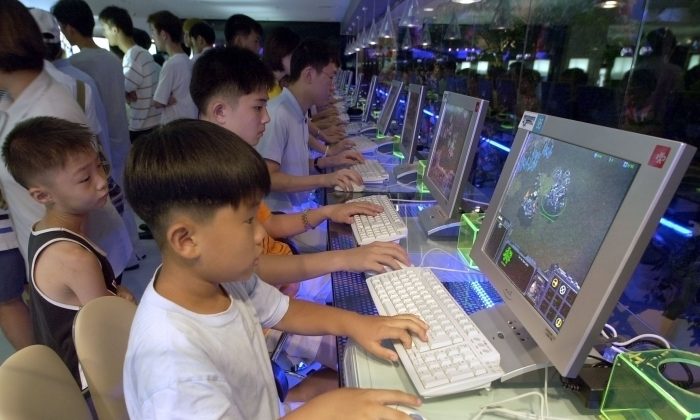 Law would regulate online gaming like gambling, drugs, and alcohol
By Yunmi Choi

SEOUL—The question is an increasingly controversial one in South Korea: Can Internet games be a source of addition similar to gambling, alcohol, and drugs?

The controversy has flared up since Rep. Shin Yee-jin of the ruling Saenuri Party proposed a bill on the so-called “four major addictions” last April.

The bill identifies Internet games as one of the major sources of addiction along with alcohol, gambling, and drugs. It seeks to collect a 1 percent tax from online gaming revenue to contribute to a fund that helps addicts. It also aims to extend the time period of banning game play under “mandatory shutdown” by adding three more hours. Since November 2011, the mandatory shutdown time has been midnight to 6:00 a.m.; the bill would extend it to 10:00 p.m. to 7:00 a.m.

Hwang Woo-yea, a representative of the Saenuri Party, told the National Assembly in October, “470,000 internet game addicts need to get medical treatment,” according to Chosun Daily. “We must save our society from evils of alcohol, drug, gambling, game addiction,” he said.

The Internet game industry and pro-gamers strongly oppose it. They reject calling online gaming addictive and say the bill will hurt the industry.

The CEO of the game company Blueside, Se-jeong Kim, 42, told Media Today, “workers in Internet game industry are worrying about the bill. Our society does not understand Internet games. I feel sad when I hear that games are anti-social as well as harm health.”

“I don’t think that it is bad for children to play games. Children should have various experiences. But it is important for parents to control the time their children play games.”said Kim.

Young-Ha Kim, a novelist, also doubted the effect of the bill. He thought that concern and consideration of family would be much better way to recover the addiction, rather than a mandatory treatment under the law. “Would a law providing for treatment of Internet gaming addiction actually help players to recover?” he wrote in the opinion (op-ed) for International New York Times.

He also talked about his experience that he had been addicted to online games and overcome it. “What would have happened if my wife had sent me to a treatment center? Without access to the Internet, I probably would have recovered–but I would have lost confidence in my ability to overcome the addiction on my own”, said he.

Korea Internet Digital Entertaiment Association (K-IDEA) began a signature campaign against the online game addiction bill on October 28. The number of signatures was more than 303,000 as of December 9.

The People’s Alliance for Children Health started its own signature campaign to support governmental regulation of online game addiction on November 21.

Jeong-ae Choi, 38, a mother of two children, told Media Today, “If someone is so addicted he cannot sleep or sustain everyday life, the government should regulate it.” She added, “Now, juveniles can play games with smart phones all day long. Playing games for more than 1 to 2 hours a day tends to disturb daily life.”

Meanwhile, according to a recent survey, 72.1 percent of South Koreans think that Internet games are as addictive as alcohol, gambling, and drugs. Almost 48 percent of Koreans agree with the bill in categorizing Internet games as one of the four major sources of addiction; 31 percent opposed the bill.

The survey was conducted by Research firm Real Meter on 1,000 men and women, November 13-14, with a margin of error is 3.81 percentage points.

The bill, if approved by legislators, will allow the state to supervise minors’ playing Internet games more strictly and to conduct preventive education against game addiction.