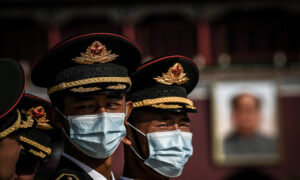 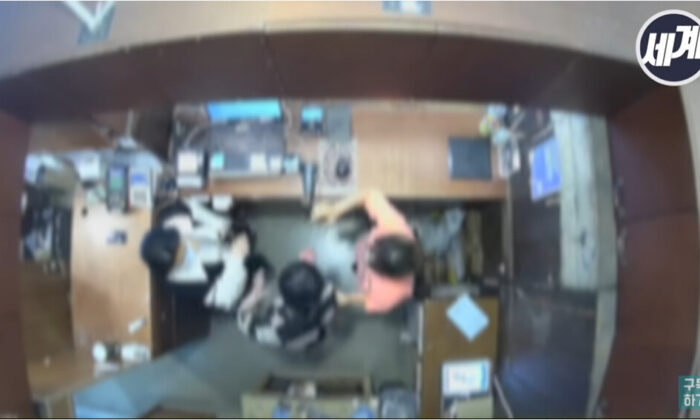 The Belgian ambassador to South Korea apologized on April 22 for his wife’s assault on a clothing store assistant in Seoul, after CCTV footage spread on social media.

Peter Lescouhier’s Chinese wife, Xiang Xueqiu, slapped a female shop assistant. Her co-worker had suspected Xiang of shoplifting as she left the store.

Lescouhier said that Xiang was currently in the hospital due to a sudden stroke, and that she will cooperate with a police investigation into the incident as soon as she is able.

“The Ambassador of Belgium sincerely regrets the incident involving his wife which happened on April 9 and wants to apologize on her behalf,” the Belgian Embassy said in a statement posted on its website and on Facebook.

“No matter the circumstances, the way she reacted is unacceptable.”

The day before the release of the apology statement, South Korean police confirmed that they had received a complaint and were preparing to investigate Xiang.

The South Korean Ministry of Foreign Affairs also stated on the same day (April 21) that it had urged the Belgian Embassy to cooperate in the matter, and it would take appropriate measures based on further police investigation, according to Reuters.

The CCTV footage of the assault went viral on South Korea’s social media and angered many Koreans, who demanded that Xiang apologize to the victim face to face.

The footage shows that Xiang tried on different clothes in the clothing store including trying on a pair of white pants without taking off her shoes. This alone sickened many Koreans.

She stayed in the store for about an hour then left without making a purchase. A female assistant followed her out of the shop, because the clothes she wore looked similar to store items. The assistant checked Xiang’s clothes and offered an apology when she realized Xiang was wearing her own clothes.

Xiang followed the assistant back into the shop, pointing her finger and yelling at her. Another female employee tried to intervene but, Xiang pushed her out of the way then suddenly slapped her on the face. The employee’s cheek turned red and swollen, prompting the store owner to notify the police.

The police verified the identity of Xiang as the ambassador’s wife, but since family members of diplomats have immunity, the police did not detain her. Xiang left the store without apologizing to the clerk.

South Korean media quoted the victim as saying, “I didn’t know who the woman was when I was assaulted, but she looked confident and didn’t seem to feel sorry.”

Korean nationals did not accept the Belgian ambassador’s apology on behalf of his wife. Many people left comments below the embassy’s Facebook post, asking why Xiang had the physical strength to beat other people, but could not apologize for her actions.

Some also suspect that Xiang is trying to evade police investigation by claiming she is hospitalized, implying she looked very healthy when hitting the shop worker.

Korean nationals also searched Xiang’s personal profile and learned that she was born in Beijing and is now 63 years old. Xiang had worked in Chinese foreign affairs agencies and met Lescouhier in Beijing.

A Chinese netizen left a comment under a Chinese-language news program about the incident, linking Xiang’s behavior with Kong Linlin, a female reporter for Chinese state media CGTN. Kong had slapped an activist with Britain’s governing Conservative Party during a public debate over Hong Kong.

“They are the same type of people. They are accustomed to being arrogant and ignoring rules. That’s why they behave like ‘abnormal people’ in other countries,” the netizen wrote.