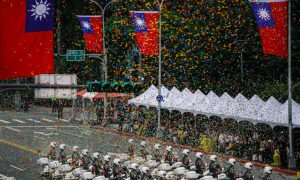 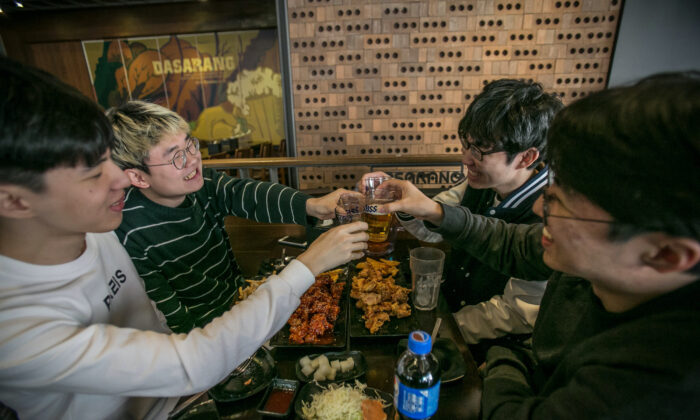 A South Korean social media influencer recently came under fire for endorsing messages that Chinese netizens perceived as insulting to China mostly due to a mistranslation and was ultimately dropped from her Chinese management agency.

Hamzy, a South Korean internet content creator who hosts mukbang, also known as an eating show where people stream themselves eating large quantities of food, has a YouTube channel with over five million subscribers and videos each generating several millions of views.

YouTube allows content creators to “like” comments which then get marked with a heart, and Hamzy liked some comments left by Korean viewers that offended her Chinese fan base, reported Taiwan’s government-run Central News Agency (CNA). One of the comments that Hamzy liked claimed that kimchi, a side dish of salted fermented vegetables, belonged to South Korea.

The ownership of salted fermented vegetables is heavily disputed between China and South Korea. In late 2020, Chinese netizens clashed with Koreans on social media when the International Organization for Standardization issued a standard for pao cai, a similar fermented vegetable dish from Sichuan, China, according to a report from Reuters.

The comment that angered Chinese netizens the most, however, was one that referred to Chinese people using a word that became derogatory in translation.

The commenter said he was angry that “Chinese guys” were claiming that ssam, a Korean dish consisting of meat wrapped with leafy vegetables, was Chinese culinary culture. The mukbang host liked this comment.

Using Google Translate, the Korean word used to refer to Chinese people translates to “Chinese guys.” However, the web translator Papago was used in the screenshot of the comment spread around social media, which translated to a Chinese word that is much more offensive and derogatory—Chinese netizens considered it an insult to China.

In a statement released on Jan. 16 on her Weibo, a Twitter-like social media platform in China, Hamzy apologized for liking the messages and stated that she did not mean to offend.

“If I had unintentionally offended everyone, and made everyone feel uncomfortable, I hereby sincerely apologize. I really do respect Chinese culinary culture, and I hope that everyone can see that.”

After the apology was posted, South Korean viewers on her YouTube channel were curious about the situation, and some accused her of betraying her home country and culture to make money in the Chinese market.

In response, Hamzy wrote in her YouTube comment section that she apologized because Chinese fans were offended by the derogatory term, but “of course I think kimchi and ssam are our country’s food, so a controversy based on this would not make sense.”

Chinese netizens found out about her response to her Korean fan base and Hamzy was again under fire for being “two-faced.” On Jan. 17, Hamzy’s management agency, Shanghai Suxian Advertising Media Company, announced that it had terminated its contract with her, since she had “again severely hurt the feelings of Chinese fans as well as the trust of our company.”

In a statement posted to her YouTube channel three days ago, Hamzy addressed the incident and explained that the initial controversy was over a word that was offensive to Chinese people in translation, which she thought she should and did apologize for. She acknowledged that she had been dropped by her management agency, but said that she would not say that kimchi was Chinese food.

Nearly all content on her Weibo has been deleted, and her official store on Taobao, a Chinese online shopping platform owned by Alibaba, was also taken down.

Hamzy’s channel on YouTube, which is not managed by the Chinese agency, appears unaffected. The channel’s subscriber count has increased since the incident from 5.26 to 5.38 million, following its consistent upward trend over the last year.

The YouTube personality is not the only one who has received backlash for perceived anti-China sentiments. BTS, a popular South Korean boy band, offended some Chinese netizens. In October 2020, the band’s leader, who goes by the stage name RM, thanked Korean War veterans of the United States and South Korea in a speech but left out any acknowledgement of China, which fought alongside North Korea in the war, according to a report by The Associated Press.