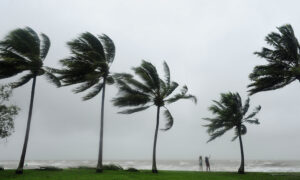 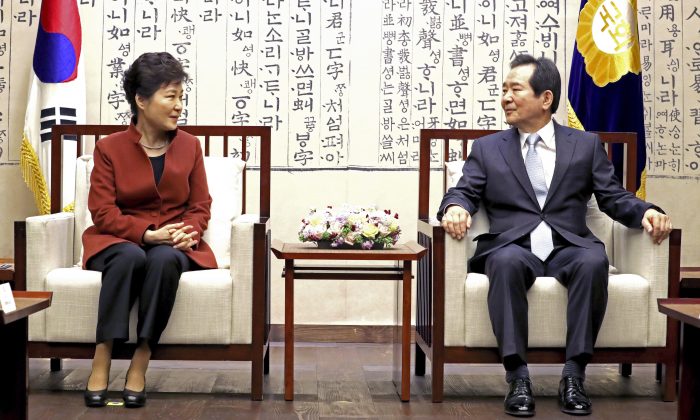 SEOUL, South Korea—Scrambling to defuse a massive scandal, South Korean President Park Geun-hye on Tuesday conceded to lawmakers the power to name her new prime minister, a move that could seriously hurt, or even destroy, her ability to govern.

Park, who has faced tens of thousands of protesters and an investigation into whether a mysterious confidante manipulated government decisions, made the overture during a meeting with National Assembly Speaker Chung Sye-kyun.

Just being forced to work with a deputy named by lawmakers — previously a decision left up to the president — would weaken her ability to make basic decisions and influence power in the assembly.

But lawmakers, who must still settle on a prime minister nominee, are demanding even more. Some opposition members want the president to divorce herself from all domestic affairs and focus only on foreign matters, while others want her to stay out of government completely.

These scenarios would destroy Park’s authority as president during her last 15 months in office, forcing her to voluntarily yield large parts, or maybe even all, of her presidential powers to a prime minister named by an opposition-controlled legislature.

Even so, it is still unclear what the splintered assembly will decide on, or when — or what Park will agree to. Park’s ruling party is divided between those who support Park and those who don’t, and the opposition, while having more members than the ruling party, is also split into factions.

The prime minister is largely a ceremonial job, though by law he or she directs executive ministries under the order of the president and has other important rights. There have always been calls to give the office more power to balance the large role the president has.

Last week Park nominated a new prime minister, but he is likely to withdraw from consideration after Park allowed the legislature to pick a new nominee. The current nominee, Kim Byong-joon, told reporters that he would be in charge of social and economic issues and fully exercise the rights as a prime minister if his nomination received parliamentary approval. Park’s office said Tuesday those conditions endorsed by Park would still stand for a new nominee.

The political tug-of-war over the prime minister comes amid a scandal involving Park’s longtime confidante, Choi Soon-sil, who has no official government role. Investigators are looking into whether Choi made major government decisions and used her relationship with Park to force companies to donate money to two foundations controlled by Choi.

Tens of Thousands Call on South Korea’s President to Quit

Earlier Tuesday, South Korean prosecutors raided the Seoul office of Samsung Electronics, the nation’s largest and most valuable company, in connection with the scandal.

Tens of thousands of people rallied in Seoul over the weekend, demanding Park’s removal from office. Her approval ratings were, at one point, the worst of any president since South Korea gained democracy in the late 1980s.

Park’s government, meanwhile, said Tuesday she would skip an Asia-Pacific leaders’ meeting in Peru later this month. The announcement sparked media speculation that the scandal may have forced Park to cancel her plans to attend the summit, though officials said the decision was made before the scandal exploded and is aimed at focusing on how to deal with North Korea’s nuclear program.