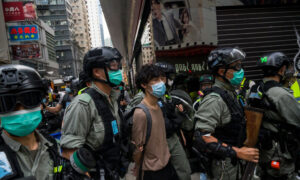 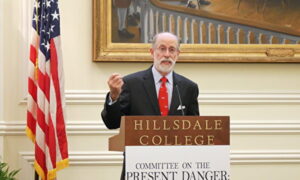 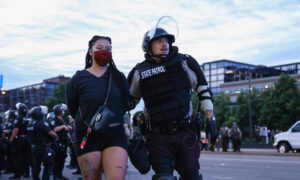 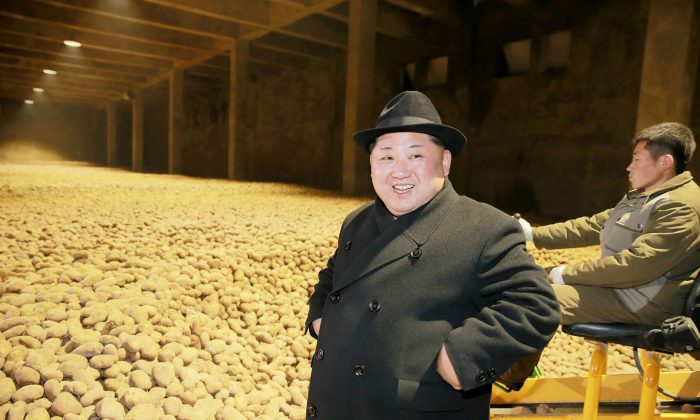 With tensions building up between North Korea and the United States, Kim Jong-un’s every move is being closely watched. The North Korean regime leader recently visited northern parts of the country near the Chinese border, leading South Korean media to speculate that Kim had built secret passageways to China.

On Dec. 3, Kim inspected the Amnokgang Tire Factory in Chagang Province, which borders China, according to North Korea’s state-run Korean Central News Agency (KNCA). During the visit, Kim thanked the factory workers for providing tires that were used for transportation vehicles that carried the Hwasong-15 intercontinental ballistic missile.

Three days later, on Dec. 6, Kim took another trip to the northern part of the country. He visited a new factory for producing potato starch in Samjiyon County, Ryanggang Province, which is also near the Chinese border. Photos provided by the North Korean news agency show a beaming Kim with a factory floor filled with potatoes.

The two visits were quickly picked up by South Korean media. According to a report on Dec. 7 by Chosun Ilbo, one of South Korea’s major newspapers, Kim’s unusually high-profile appearance in the region, despite the enhanced U.S. military presence in South Korea recently, suggested that he might have a way out, in the event that the U.S. carries out a strike against the country. Kim typically does not make public appearances when the U.S. conducts military exercises in the South, the newspaper observed. Citing a North Korean insider’s analysis, the newspaper said that Kim may have secret escape tunnels to China deep under the mountains in Chagang and Ryanggang.

Last week, South Korea and the United States just ended a five-day joint military exercise. The annual drill, called Vigilant Ace, involved more than 230 aircraft from both countries, according to Reuters. Taking part in the drill were F-22 Raptor and F-35 stealth fighters.

The military training went up a notch on Dec. 6, when F-22’s and the B-1B Lancer strategic bombers concluded simulated bombing runs in South Korea, according to South Korea’s official news agency Yonhap News Agency. The apparent escalation in military signaling occurred after the latest missile test launch by North Korea on Nov. 29.

U.S. officials have predicted that development of the Hwasong-15 missile—which the North claims could reach any part of the United States mainland—would be completed by year’s end.