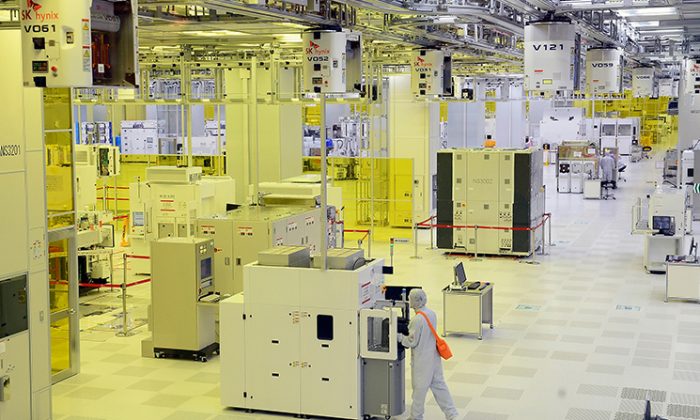 South Korea plans to invest 1.5 trillion won ($1.34 billion) over the next 10 years in its semiconductor industry, according to Yonhap News Agency.

Paik Ungyu—the Minister of Trade, Industry, and Energy—made this announcement Monday when visited key semiconductor production lines of Samsung Electronics Co. and SK Hynix Inc. “We will support the development of the chip industry by focusing on three strategies,” Paik said during the visit.

South Korea’s industry ministry will work with the Ministry of Science and ICT to make the necessary investment going forward, Yonhap reported.

Less than a week before the announcement, Hynix declared around July 26 that it would invest $3.1 billion to build a new semiconductor plant in South Korea, Reuters reported.

The governmental announcement and Hynix’s plan of the new plant come amid a rapid price drop of some memory chips due to oversupply and slower sales in the smartphone sector.

The global memory chip industry has enjoyed an unprecedented boom since late 2016, with profits surging to record highs and margins rising above 70 percent thanks to disciplined production after years of consolidation.

But the industry’s shift to a new technology of 3D NAND flash stacks, which are cheaper to assemble than two-dimensional chips, has seen output grow faster than demand this year. It forced smaller semiconductor companies to cut prices in order to keep market share.

SK Hynix has said the types of chips produced at the new plant—which will be completed in October 2020—will be decided later depending on future market conditions.

Heekyong Yang from Reuters contributed to this report.