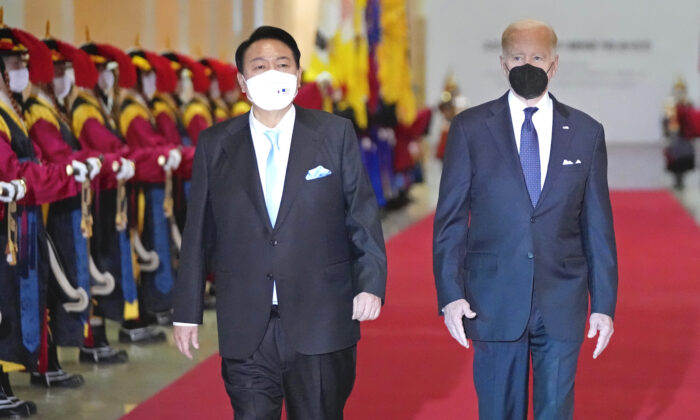 South Korea, US to Resume Joint Military Exercises in August

There will be 11 joint field exercises in total, including a brigade-level drill.

In 2018, joint drills between South Korea and the United States were scaled down as part of the Trump administration’s push for boosting diplomatic engagement with North Korea.

In the first half of 2020, bilateral drills were canceled because of the COVID-19 pandemic. In August 2020 and March 2021, only computer simulation exercises were carried out, which raised concerns about the two nations’ ability to respond in case of a crisis.

The United States has about 28,500 troops stationed in South Korea. As most U.S. military personnel are stationed in Seoul, South Korea, for roughly a year, the joint drills tend to be the only time they’re able to take part in real-world training with allies there.

The joint drill announcement comes as North Korea has conducted a spate of missile launches throughout 2022, triggering tensions in the region.

The South Korean Defense Ministry is focused on boosting its missile detection capabilities. The ministry has called for the early deployment of a missile defense system to thwart any long-range artillery attacks by North Korea against the Seoul metropolitan region.