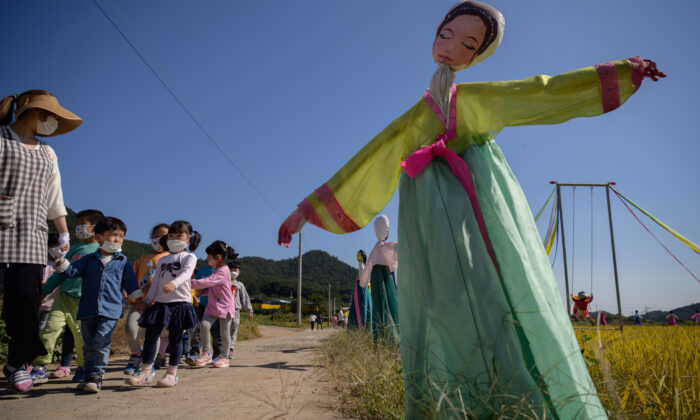 The South Korean government said that it would purchase 200,000 tons of surplus rice on Tuesday in an effort to prevent a further price drop in the domestic rice market caused by oversupply.

“Of the surplus amount of 270,000 tons of rice, the government will isolate 200,000 tons from the market in the near future,” the chief policymaker of the ruling Democratic Party Park Wan-joo told reporters after a meeting, reported state media Yonhap News.

South Korea’s rice production reached 3.88 million tons in 2021, a 10.7 percent increase from the previous 3.51 million tons in 2020, due to favorable weather conditions during the September to October period, according to the data released by Statistics Korea.

The statistics agency said that the increase in rice production is driven by the 9.8 percent increase in the cultivated area. The increased yield has seen excess grain drive a 10 percent fall in rice prices since October.

While the government has committed to buying 200,000 tons of the surplus in crop, Park noted that the purchase of the remaining 70,000 tons of surplus would be evaluated based on the market situation and rice reserves.

“The government will announce a detailed plan for the purchase of 200,000 tons in January following discussions with related parties,” Park added.

The country has, on average over the years, faced challenges with oversupply of the staple grains due to a reduction in rice consumption by residents, with more bread being incorporated into the diet. According to the statistics agency, the average South Korean consumed 57.7 kilograms of rice in 2020, which is 2.5 percent or 1.5 kilograms lower than the previous year.

Food companies have also reduced the usage of rice in their products due to a dip in demand for rice-based alcoholic beverages and snacks, with a 12.6 percent decline in the combined amount of rice utilized.

“The overall consumption also decreased as family ceremonies and various events were canceled amid the coronavirus pandemic, while the demand from cafeterias also fell,” the official said.

The government has been providing rice aid to some countries as a way to ease South Korea’s rice surplus. In 2019, the country donated 50,000 tons of rice to North Korea to help ease food shortages.

In January, South Korea donated 1,400 metric tons of rice in food aid to the Philippines to help thousands of Filipino families who were adversely affected by natural calamities in 2020.