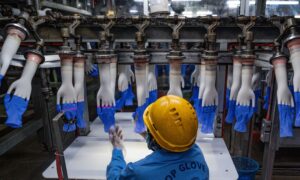 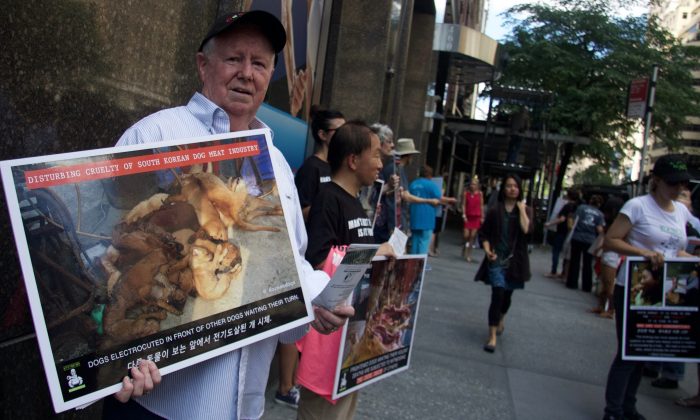 About a million dogs are eaten in South Korea each year. At the Taepyeong slaughterhouse, dogs were electrocuted to death before their remains were sold for meat, Humane Society International said.

“We have been making constant efforts to shut down the Taepyeong-dong dog slaughterhouse through investigations and putting pressure on Gyeonggi province and Seongnam-si,” said Hyunji Kim of Korea Animal Rights Advocates, CNN reported.

Of the six slaughterhouses that comprise Taepyeong, five will be bulldozed.

“I shudder to think how many millions of beautiful dogs will have met their horrific fate at this place over the years,” Nara Kim, an HSI activist, told the network. “It was a stain on the city of Seongnam and we are so pleased to see it bulldozed.”

The number of dog meat restaurants in South Korea has been dropping, and Seoul once had 1,500 restaurants serving dog meat, the BBC reported, but that figure has dropped to 700 in 2015.

According to National Geographic, there are no legal consequences for selling dog meat in the country. Meanwhile, “South Koreans are increasingly starting to view dogs as pets, so the tradition is declining, in many cases becoming taboo, especially among younger generations,” the report said.

Robinson said that while there has been pressure to end the practice of consuming dog meat, it’s only been recently that anything has been done. “I’d say it’s been in the past 10 to 15 years or so that the local groups have really been vociferous in their own countries,” she said in the National Geographic article.

Taiwan banned the killing of dogs and cats for meat in 1998, becoming the first Asian country to do so.

“While not always legal, the countries that allow it to continue are Indonesia, Vietnam, China, South Korea, Cambodia, Laos, and the Philippines—the latter only for religious festivals,” Jill Robinson, founder and CEO of the Animals Asia Foundation, told National Geographic.

In the United States, killing and eating dogs is legal in most states, but it’s a rare practice as dogs are widely viewed as pets, and there is a social taboo about eating dogs.

And in China, about 10 million dogs are killed and consumed each year, namely in the winter months. Dog meat is believed to warm the body. “Almost 100 percent of the dogs today are stolen from the streets and from people’s homes, rather than the trade relying on the dog farms there of the past,” Robinson said.

Meanwhile, in China, the controversial Lychee and Dog Meat Festival in Yulin, China, is still going strong. It’s known for killing thousands of dogs each year, and it doesn’t appear to be stopping anytime soon, the report noted.