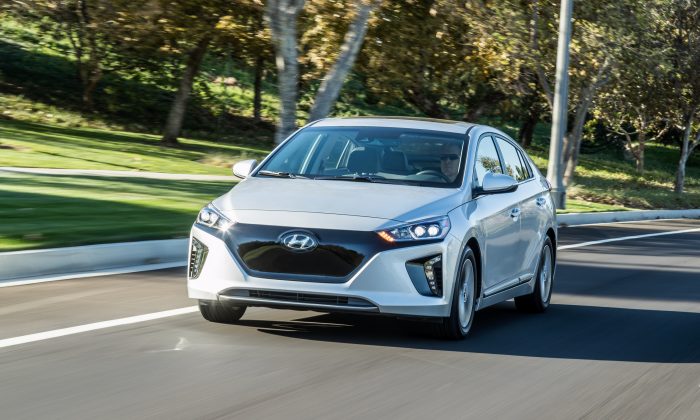 South Korea said on Aug. 30 that it will pursue “international cooperation efforts” while seeking strategic negotiations with the United States over the recently enacted Inflation Reduction Act (IRA).

President Joe Biden signed the IRA into law on Aug. 16, which requires electric vehicles (EVs) to be assembled in North America to qualify for tax credits, afflicting foreign automakers that manufacture EVs in their home countries.

South Korea’s trade ministry said that it had been actively communicating with the United States over the IRA’s adverse impact and convened an emergency trade committee meeting on measures to address the issue.

“The U.S. measures on EV subsidies affect not only Korea but also Germany, Japan, and the rest of the automobile industry,” Ahn said in a statement.

Ahn noted that it would be “imperative” to form a South Korea-U.S. bilateral consultative mechanism to discuss the EV subsidy program.

“The utmost priority is to reach an agreement between the two countries, but if necessary, dispute settlement procedures are another option,” he remarked.

The ministry aims to take measures with cooperation from relevant ministries. Ahn is expected to lead a delegation for talks with U.S. Trade Representative Katherine Tai and congress members on the IRA next week.

Meanwhile, South Korea’s ambassador to the United States, Cho Tae-yong, said on Aug. 29 that the two countries have agreed to hold talks between governments to resolve the issue.

Cho made the announcement following a meeting between the U.S. administration and a South Korean delegation in Washington on Monday, Yonhap News Agency reported.

“We have especially stressed that the discriminative measures against electric vehicles from South Korea, an ally and partner in a free trade agreement, are unfair, and the U.S. side is not presenting any differing views,” Cho said.

Due to assembly outside North America, 70 percent of EVs lost the ability to qualify for an up to $7,500 federal tax credit after the IRA was signed into law.

According to a South Korean Ministry of Foreign Affairs (MOFA) official, the effect is that “the relative price for electric cars made in South Korea suddenly rose by 10 million won [approximately $7,429].”

The MOFA official further criticized how quickly Congress passed the IRA, saying South Korea didn’t have time to “take any measures” even though the law may “be violating international trade norms.”

At a parliamentary session on Aug. 25, Industry Minister Lee Chang-yang stated there’s a high probability that the IRA violates the bilateral free trade between the United States and South Korea. He added it might also run afoul of the World Trade Organization’s “most-favored-nation treatment principle.”

Lee didn’t specify how the IRA violated the most-favored-nation treatment principle but said, “We are supposed to choose whether to file a complaint with the WTO or deal with the issue under the FTA procedures. We will review the two options thoroughly.”

Lee further said that the IRA economically damages Germany and Japan, and South Korea is pursuing cooperation with these countries.

Katie Spence contributed to this report.