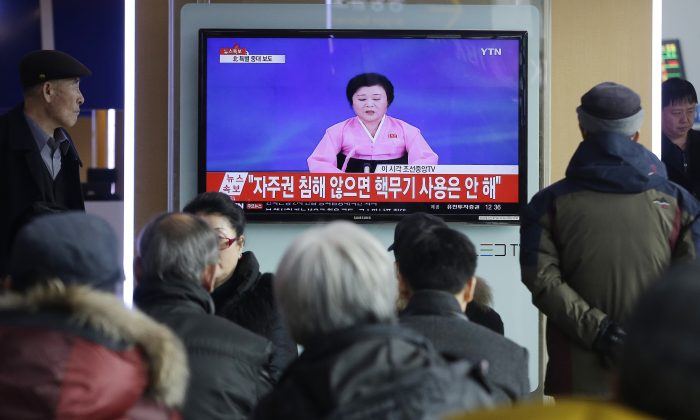 According to Reuters, the country’s nuclear safety agency said it detected a tiny amount of xenon. Experts have said that the presence of xenon would not indicate whether Pyongyang had tested a hydrogen bomb, the report added.

Many governments and experts have cast doubt over North Korea’s claim that the test was of a hydrogen bomb.

Late Friday, the Korea Institute of Nuclear Safety said a small amount of radioactive elements was found in air samples collected from the peninsula’s eastern seas after the blast but the measured amount was too small to determine whether the North had really detonated a nuclear device.

The institute said the level of xenon-133 isotopes found in the samples was similar to levels normally detected at its two radioactive gas detectors on the eastern and western coasts. KINS official Lee Ki-hyeong also noted that other types of xenon isotopes used to confirm nuclear explosions weren’t detected.

Anders Ringbom, a nuclear physicist with the Swedish Defence Research Agency in Stockholm, told Science Magazine: “If you detect the xenon isotopes, that’s the smoking gun that proves the detonation was nuclear in nature.”

On Sunday, an American B-52 bomber flew over South Korea in an apparent show of force. The U.S. Pacific Command said the flyover was “in response to a recent nuclear test by North Korea.” The bomber was flanked by South Korean fighter jets.

“This was a demonstration of the ironclad U.S. commitment to our allies in South Korea, in Japan, and to the defense of the American homeland,” said PACOM Commander Adm. Harry B. Harris Jr., according to CNN.

According to a CNN reporter, North Korean officials definitely took notice of the B-52, given that U.S. bombers destroyed much of Pyongyang during the Korean War. CNN is the only U.S. broadcaster operating in the isolated, communist country.

On Saturday, speaking to a massive crowd at Pyongyang’s Kim Il Sung Square, a top ruling party official said the broadcasts, along with talks between Washington and Seoul on the possibility of deploying in the South advanced warplanes capable of delivering nuclear bombs, have pushed the Korean Peninsula “toward the brink of war.”