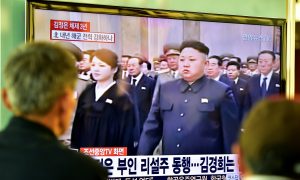 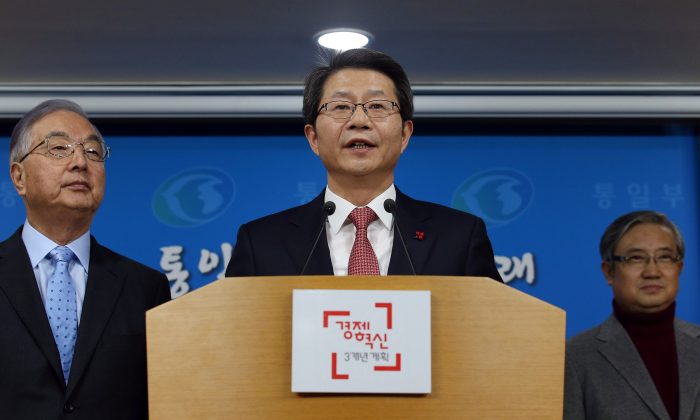 South Korean Unification Minister Ryoo Kihl-jae speaks during a press conference at the government complex in Seoul, South Korea, Monday, Dec. 29, 2014. South Korea on Monday proposed talks with North Korea to discuss what it calls a range of issues needed to prepare for the unification of the divided countries. (AP Photo/Yonhap, Chun Soo-young)
Asia & Pacific

SEOUL, South Korea—South Korea on Monday proposed talks with North Korea to discuss what it calls a range of issues needed to prepare for the unification of the divided countries.

It’s unclear if Pyongyang would accept Seoul’s offer as the country has viewed any of South Korea’s unification plans an attempt to take it over. North Korea wants a unified Korea with Pyongyang in charge.

Seoul launched a government committee on the unification in July, six months after President Park Geun-hye told a New Year’s press conference that unifying with North Korea would bring an economic “bonanza,” not massive financial costs.

North Korea made an angry response, saying Park’s plans were nothing but a plot to topple Pyongyang and build a unified Korea under a South Korean system.

The Korean Peninsula was divided into a U.S.-backed, capitalistic South Korea and a Soviet-supported, socialist North Korea after its liberation from the Japanese colonial occupation from 1910 to 1945.

The Koreas share the world’s most heavily fortified border as the Korean War ended with an armistice, not a peace treaty. Animosities deepened when their troops traded gunfire along the border twice in October.