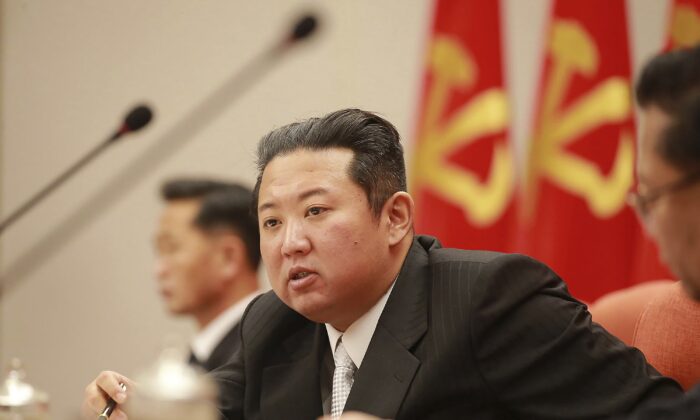 On May 12, North Korea declared a “severe emergency” after acknowledging its first official cases of COVID-19, with leader Kim Jong Un ordering a nationwide lockdown.

Since the start of the pandemic, North Korea has claimed to have kept the illness at bay even as the virus swept across the globe. The country’s state-run Korean Central News Agency (KCNA) confirmed that several people in Pyongyang, the North Korean capital, had contracted the Omicron variant of the CCP virus, also known as BA.2.

KCNA reported 18,000 new cases with fever symptoms and six deaths, confirming one among them was infected with the Omicron variant of the CCP virus. Of the 350,000 people who developed fevers since late April, 162,200 have reportedly recovered, while the rest are in isolation and being treated.

Although North Korea’s state media calls them “fevered persons,” it’s widely speculated that the symptoms are caused by the CCP virus.

The nation was one of the first countries to close its borders in January 2020 in an effort to prevent the virus from spreading via foreign countries. However, experts have widely disputed North Korea’s claims regarding having zero COVID-19 cases for the past two years.

On May 14, KCNA reported 174,400 new cases and 21 deaths for the day before. The cases soared tenfold compared to the previous day, according to official data.

During an emergency meeting on May 14, Kim described the outbreak as “[the greatest] turmoil in our country since its foundation.” He told his officials to “actively follow [the CCP’s] advanced and rich anti-epidemic successes and experiences,” according to KCNA.

Thae also expressed concern about the potential for food shortage problems. He said that every year from mid-May to the end of June, all residents of North Korea, including soldiers, civil servants, and students over the age of 14, participate in rice planting work.

“[The virus outbreak] will likely destroy North Korea’s agricultural work for a year,” he said.

Lee Jae-gap, a South Korean infectious disease expert, told CBS that he predicts a high possibility of “more than 100,000 deaths” in North Korea amid its worst outbreak, and that the number of infected individuals “may surpass 1 million, or even millions.”

Lee explained that North Korea’s zero vaccination rate and poor medical systems would likely contribute to a “2 to 3 percent mortality rate for the nation and up to 10 percent [in the worst case].” Meanwhile, South Korea’s current COVID-19 death rate is about 0.1 percent.

Even though North Korea raised the level of provocation before the inauguration of South Korea’s new President Yoon Suk-yeol with its recent missile tests, Yoon has offered to send COVID-19 vaccines and other medical supplies to North Korea, Yonhap News reported.

South Korea’s new unification minister, Kwon Young-se, said during a national assembly hearing on May 12 that South Korea was willing to provide vaccines, painkillers, antipyretics, syringes, disinfectants, and other anti-epidemic medical supplies to North Korea, according to Yonhap.

A U.S. State Department spokesperson said it had no plans to send vaccines to North Korea, but supported international efforts to provide aid to vulnerable people there, urging Pyongyang to facilitate that work, Reuters reported.