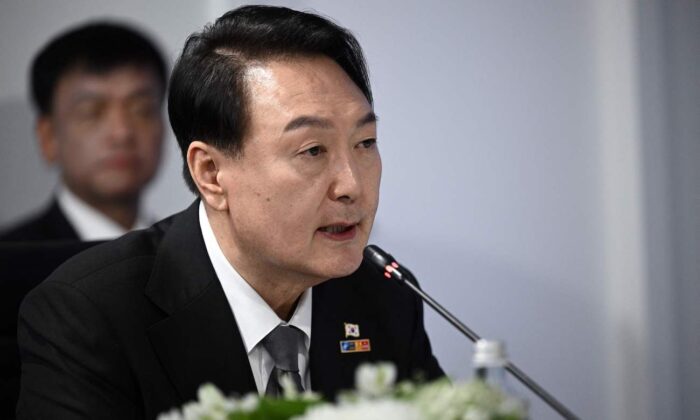 South Korea’s Presidential Office on Sunday denounced the repatriation of two North Korean fishermen in 2019 as an “act against humanity” by the previous government and pledged to investigate the case.

“President Yoon Suk-yeol’s office will reveal the substantive truth behind the [previous government’s] act against humanity and take all measures to prevent its recurrence,” the office said in a statement.

The remarks came after the Unification Ministry, which oversees relations with North Korea, released photos of the two North Koreans being forcibly hauled across the inter-Korean border, Yonhap News Agency (YNA) reported.

“The essence of this probe is to determine whether the process and decisions of the previous government were made based on the constitution and the national interests,” it stated.

The two fishermen fled to South Korea in 2019 and admitted to killing 16 other men aboard their vessel. They expressed a desire to defect, but the then-government of Moon Jae-in rejected their request as “insincere.”

Former Foreign Minister Chung Eui-yong denied claims that the fishermen were deported at the request of North Korea, instead claiming that they were repatriated because they were “grotesque killers” who posed a danger to South Koreans.

“Our domestic law stipulates that nonpolitical criminals like them should be deported without being allowed into the country. Nonpolitical serious criminals are also not considered refugees under international law,” he said.

However, senior presidential secretary Choi Young-bum said that Chung’s characterization of the two North Koreans as grotesque killers was unjustified because of the lack of investigation into the case.

Choi also criticized the former administration’s assertion that the two North Koreans’ intention to defect was not legitimate, YNA reported.

“Why did they ignore the letters of intention to defect these people wrote on their own? The point in this case is that the North Korean fishermen were sent back to the field of death when they had to be dealt with in accordance with our law,” he said.

Yoon’s administration is also investigating the killing of a South Korean fisheries official near the western sea border in 2020.