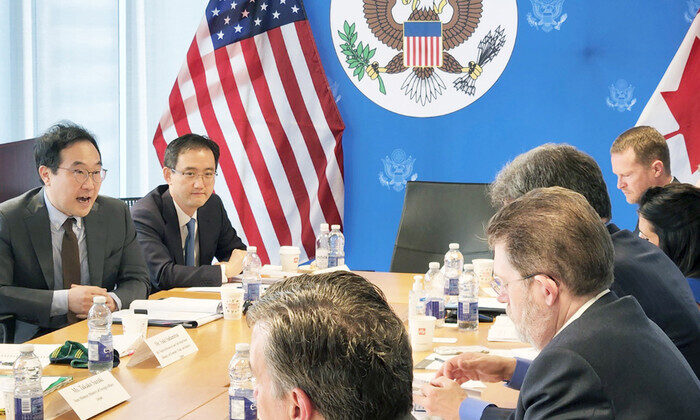 South Korea has announced its participation in the U.S.-led Minerals Security Partnership (MSP) to cut its heavy reliance on Chinese mineral and raw materials imports.

The announcement of joining the MSP came shortly after South Korea’s decision in May to participate in the U.S.-led Indo-Pacific Economic Framework (IPEF).

IPEF outlines the United States’ key priorities to align with allies and partners to compete more effectively with communist China in the race to lead global technology development and norms.

Seoul’s foreign ministry said on June 15 that the country’s decision to join the MSP is a follow-up measure to the U.S.-South Korea summit in May and to “pave the way for supply chain diversification.”

The MSP is an international alliance with aims to secure a stable and diverse mineral supply chain. Member countries include the United States, South Korea, Canada, Japan, Germany, the United Kingdom, the European Commission, Finland, France, Australia, and Norway.

The partnership is widely seen as an effort to curb Chinese dominance in the critical minerals market.

Critical metals include cobalt, copper, precious metals, nickel, uranium, lithium, magnesium, and many others. They are raw materials used in critical industries such as semiconductors, telecommunications, computing, aerospace, defense, and electric car batteries.

Since China controls over two-thirds of the global production of rare earth elements crucial to modern technologies, a cutoff of those supplies will significantly harm other economies.

In many instances, Beijing has weaponized its dominance in the minerals market by threatening to cut off supplies to other nations.

For example, in 2010, Beijing blocked its rare earth product exports to Japan over the long-standing dispute about control of unpopulated islands in the East China Sea, after a hot exchange between ships from Japan’s naval self-defense force and Chinese fishing vessels.

Japan did not relinquish its claims to the islands amid the tension but actively warns other nations of China’s unreliable trading practices, including recent warnings from Japan’s Ambassador to Australia, Yamagami Shingo, as Beijing employed similar tactics by imposing quotas and large tariffs on Australian goods coming into China. Beijing’s move came after Australia’s call for an investigation into the origin of the COVID-19 pandemic.

South Korea’s membership in MSP is another move to curb Chinese influence by the Yoon Suk-yeol government after joining the U.S.-led Indo-Pacific Economic Framework (IPEF).

Having China as its largest trading partner, South Korea had, for over a decade, managed to mostly maintain balanced economic ties between the two powerhouses.

However, under a new administration, Seoul has made a clear shift in cementing a business partnership with Washington over Beijing.

The shift appears to be driven by the destabilized global supply chains caused by the pandemic and growing threats to its economic and national security.

A recent analysis published by the Federation of Korean Industries (FKI) showed that 75 percent of South Korea’s key imports came from China.

The study analyzed South Korea’s import reliance on the United States, China, and Japan, which are responsible for 90 percent of the country’s imports. The category of “key imports” was assigned to 228 items that rank in the top 30 percent in import dollar value.

Some of the key imported goods from China include “electronics, machinery, computers, steel, organic and inorganic compounds, glass, medical products, and industrial raw materials such as non-ferrous metals,” the report says.

“Prominent examples of Chinese imports include manganese, which is critical for steel manufacturing; graphite, which is an essential electric vehicle battery anode material; and magnesium, which is important for lightweight automobile production.”

Last year, a shortage of urea supplied by China threatened to cripple economic activity in South Korea. Among other uses, urea is used to cut emissions in diesel vehicles and make fertilizer.

In mid-October, China reduced its urea exports due to a coal shortage, putting South Korea in a deep crisis as the country’s nearly 4 million diesel vehicles cannot operate without urea, sending its logistics industry into chaos.

The incident highlighted the resource-poor country’s heavy reliance on China for the essential items it needed to maintain business as usual. Since then, major South Korean industries have begun accelerating plans to build diversified production bases worldwide.