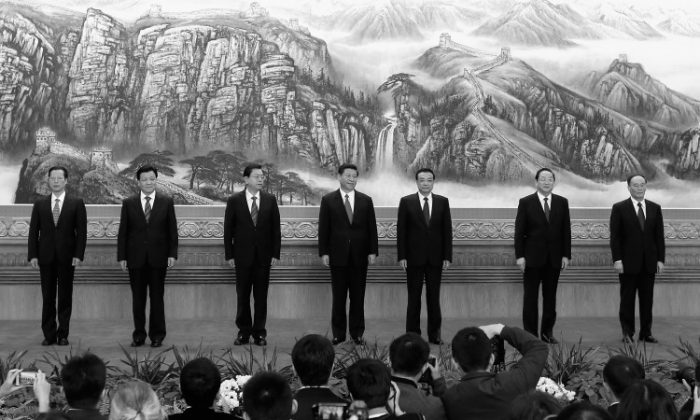 The outcome of the 18th Party Congress of the Chinese Communist Party is not only an inauspicious sign for the Chinese people but also for South Korea, according to South Korea media.

The new balance of power in the Politburo Standing Committee revealed at the first plenum of the CCP’s 18th Party Congress appears to have tipped towards Jiang Zemin’s anti-reformist faction. This new power balance is feared, by Korean media to bolster the North Korean dictatorial regime, and indirectly affect South Korea.

The Jiang Zemin faction, of old, has close ties with their Communist comrades, threatened with extinction, in North Korea.

Two newly appointed members of the Politburo Standing Committee, Zhang Dejiang and Zhang Gaoli, are referred to as the “two Zhangs” by Korean media. Both have ties with North Korea and both were handpicked by Jiang Zemin.

According to local South Korea’s Joongang Daily, Zhang Dejiang has fostered a deep kinship with North Korea, but has visited South Korea only once.

Zhang Dejiang became friends with Jiang Zemin, when Jiang visited North Korea in March 1990. Zhang Dejiang travelled with Jiang and served as his interpreter. It was said that Jiang would always turn to Zhang for advice or in case of emergency, according to Joongang Daily.

Zhang Gaoli, the other Zhang, worked his way up with the help of Zeng Qinghong, former leader of the Shanghai Gang and close associate of Jiang Zemin.

Zhang Gaoli, like Zeng Qinghong, is said to possess extraordinary skill in flattering others. Both politicians worked in the petroleum industry and have been referred to as “the Petroleum Gang” by South Korean media.

In 2000, Jiang Zemin publicized his political concept of “Three Represents” at Maoming City, in Guangdong Province, which was considered Zhang Gaoli’s territory at that time. This showed Jiang’s trust in Zhang Gaoli.

In addition, when Zhang Gaoli held office in Guangdong from 1997 to 2001, he often visited and cared for Xi Jinping’s father, Xi Zhongxun, who went to Guangdong to recuperate. In this way he has also built a relationship with Xi Jinping, the current Communist Party General Secretary.

Zhang Gaoli, like Zhang Dejiang, is said to have briefly attended the Kim Il Sung University in North Korea. Yet, this short study experience abroad cannot be found in his résumé. Perhaps he omitted it in fear it might negatively influence his further career.