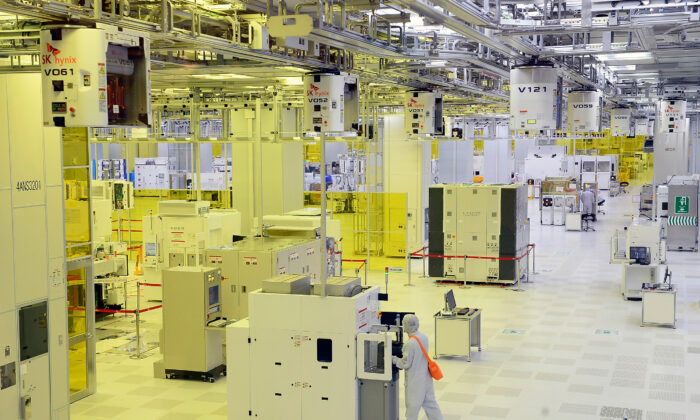 The alleged illegal activity took place between August 2015 and January 2016 and occurred when company A poached an executive from company B to work on a semiconductor-related project.

Upon leaving the job, the executive took sensitive technology from company B without authorization and brought it to company A which allegedly then sold the technology to a Chinese company.

The stolen technology is a design drawing of “Hot Zone,” said to be cutting-edge equipment for manufacturing semiconductor chips that company B invested a large amount of time and capital in creating.

Through the application of the alleged stolen technology, the newly-established Chinese semiconductor company was able to sail through technical barriers and reap large profits.

The prosecutor said the Chinese company made an operating profit of approximately $50 million in 2019 and 2020.

South Korea is one of Beijing’s target countries for poaching technical talents. In the field of semiconductors, it has poached many skilled employees from Samsung and SK Hynix and in many cases offering more than three times their original salary.

The new measures include making mergers and acquisitions with South Korean tech firms more difficult for foreign companies and nationals.

Most notably, there will be plans to prevent skilled talent from being poached by foreign countries and prevent unlicensed technology from being exported.

It will also oversee job switches made by valuable personnel, putting these workers on a database and monitoring their departures from South Korea.

In particular, individuals whose work is related to national defense will have to ask for approval from the government if they wish to work overseas. Various incentives will be offered to keep them working domestically.