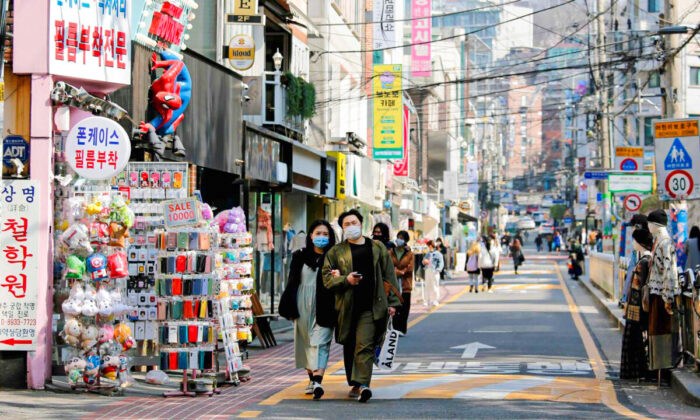 South Korea and the United Kingdom held their first vice ministerial-level defense strategy dialogue on July 18 to put into action the bilateral framework adopted by the two regimes last month.

Goldie said that Britain would “actively cooperate” with South Korea and the U.N. Security Council to contribute to achieving sustainable peace on the Korean Peninsula, the ministry said in a statement.

During the meeting, Goldie said that Britain intends to boost defense cooperation with South Korea, which she referred to as a “strategic partner” for the UK’s efforts to expand engagement in the Indo–Pacific region.

The two ministers also discussed the security situation in Europe and the Russia–Ukraine war. They agreed to expand cooperation in cybersecurity and activate the UK–South Korea bilateral consultative body for defense cooperation.

The meeting follows the bilateral framework agreed upon by South Korean President Yoon Suk-yeol and British Prime Minister Boris Johnson on the sidelines of the NATO summit in Madrid on June 30.

Both sides aimed to enhance cooperation in the fields of politics, security, economy, science, education, and culture. They sought to improve the UK–South Korea free trade agreement and strengthen cooperation in the supply chain.

“[The bilateral framework] is a foundation for our increasingly close partnership, including in defense, energy, and trade,” the British Prime Minister’s Office said in a statement.

They urged North Korea to immediately cease its “unlawful and destabilizing activities,” calling on Pyongyang to return to denuclearization talks.

Yoon also met with President Joe Biden and Japanese Prime Minister Fumio Kishida on the sidelines of the NATO summit and discussed the need to enhance “trilateral cooperation” against Pyongyang.

South Korea has been pushing for a declaration to end the 1950–53 Korean War, which ended in an armistice, to ease tensions on the Korean Peninsula. But North Korea said that any formal treaty to end the war must first be preceded by an end to U.S. “hostilities” toward Pyongyang.

North Korea has conducted 18 missile launches involving 33 ballistic missiles since the beginning of the year, and Washington anticipated that it could conduct a seventh nuclear test at “any time.”