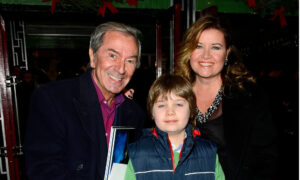 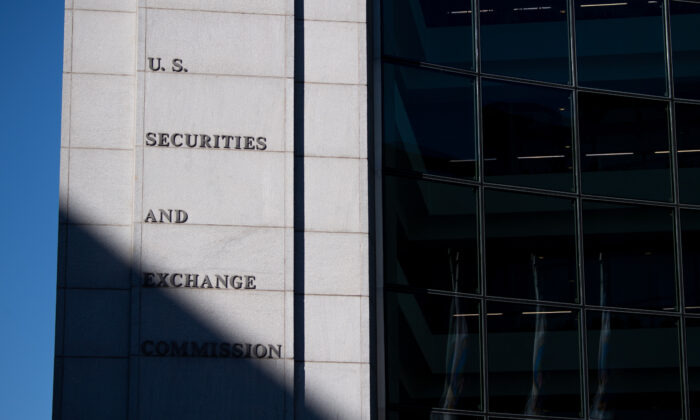 The headquarters of the US Securities and Exchange Commission (SEC) is seen in Washington, on Jan. 28, 2021. (Saul Loeb/AFP via Getty Images)
Entertainment News

FORT LAUDERDALE, Fla.—They say the movie business is about the art of creating illusion—making an audience believe what cannot possibly be real.

A complaint filed Aug. 13 by the Securities and Exchange Commission accuses a Fort Lauderdale-based movie producer of duping investors by creating an illusion that they were helping to finance a busy studio with multiple films in production, a deep library of existing films with well-known stars, and a large South Florida production facility.

Scott Gordon Venters, 59, president and CEO of The Movie Studio, misrepresented his company, The Movie Studio, as a successful business with a bright future when it raised $1.2 million from about 70 investors, then spent the money on his “lavish lifestyle” and to pay a “paramour” he hired as a “consultant,” the complaint states.

The company’s stock is publicly traded on the Over The Counter market, known for providing fewer protections than traditional stock exchanges. Stocks sold on the OTC market are sometimes referred to as penny stocks.

The SEC’s civil complaint, filed in U.S. District Court in Fort Lauderdale, charges the company and Venters with selling unregistered investment securities with intent to defraud investors and accuses Venters of acting as an unregistered broker and directing his company to sell unregistered securities.

It seeks a return of investors’ money with interest, fines, and a permanent injunction prohibiting future sales of unregistered securities and barring Venters from selling penny stock in the future.

In an interview, Venters denied allegations of fraud or wrongdoing and said he believes the investigation was triggered by a dispute with another company that The Movie Studio had planned to work within a partnership. ‘We feel the allegations are without merit and unfounded,” he said.

The Movie Studio remains active in Fort Lauderdale and in January opened a 6,400-square-foot production studio and administrative office next to Dillard’s in the Galleria mall, he said. At the studio, consumers have opportunities to subscribe to the company’s streaming app, to audition for roles in future projects, and to participate in technical functions, such as digital editing, he said.

“Our business model is ‘Watch our movies, be in our movies,’” he said.

However, he declined, on the advice of attorneys, to address specific charges by the SEC.

According to the complaint, Venters used a number of strategies between 2017 and 2020 to convince investors, “many of them unsophisticated and elderly” that his company was a success, the complaint states.

“In reality, (the company) has not been successful — it had an accumulated deficit of approximately $13.09 million as of March 31, 2021—and few of its projects have come to fruition,” the complaint states.

But Venters was not merely pretending to be a movie producer. His company’s YouTube and International Movie Database pages point to two completed films, both of which recount the adventures of large-chested young women seeking stardom in unfamiliar cities.

One, called “Exposure,” was released in 2013 and stars 1990s child star Corey Feldman as the owner of a modeling agency.

Filmed in Fort Lauderdale for $1 million, the film is about “a naive young girl (who) travels to South Beach to become a model, only to find that everything is not as it seems,” reads a description on IMDB. “Her worse nightmares are confirmed as she enters the dark side of the industry and models begin to disappear.”

The film received a cumulative 4.9 rating (out of a possible 10) from 88 viewers.

Only three viewers wrote reviews, and they all gave the movie just one star. “Probably the most lousy movie I think I’ve ever watched,” one reviewer said on Aug. 7.

The other movie, “Bad Actress,” was also filmed in Fort Lauderdale and released in 2017. It has a 2.1 rating from 62 viewers. It stars Excelina Ordonez as Valentina, a rich young woman who leaves her native Colombia to become an American movie star.

Venters created “false and misleading” press releases to pump up the value of the company on the penny stock market, waited for the stock price to rise immediately afterward, then sold shares he held for a profit, the suit states.

The company engaged in a pattern of releasing film trailers and issuing press releases promoting films as “upcoming” when the company had only filmed enough content for the trailers, the SEC said. Two such projects, “Cause and Effect” and “Pegasus,” were promoted to investors in this way in 2018 and 2019 even though no scripts existed for the films.

News releases in 2019 added a planned third film, “The Last Warhead,” to what investors were told would be a “Three Picture Package for 2019,” according to the complaint.

Venters on Monday said that all three films are still in production, although “Cause and Effect” has been renamed as “Retribution.”

New press releases would be created recycling old announcements before Venters and his sales agents called prospective investors to offer shares of stock, the suit states.

In addition to misleading investors about his movie-making prowess, Venters told two investors that his companies owned hundreds of films available for licensing, when it actually owned about 17 films, the SEC suit states.

In 2016, the company created marketing materials claiming that it owned films with well-known actors such as Keanu Reeves, Antonio Banderas, Robert Duvall, and Samuel L. Jackson that it had supposedly acquired as part of a collection called the Arrowhead Film Library.

Although Venters had signed a draft agreement to purchase the Arrowhead Film Library, the deal was never finalized and other companies emerged that claimed to own its films.

But The Movie Studio waited until December 2020 to first disclose that it would not be acquiring the Arrowhead library after all, the suit states.

On Monday, Venters said The Movie Studio streaming app offers a library of 200 films it owns and will soon add another 250 licensed from other companies. Movies owned by the company are currently streaming on sites such as Tubi, Amazon Prime Video and Xfinity, he said.

According to the SEC, Venters and The Movie Studio also misled investors into believing they owned a production studio at the Village of Gulfstream park when in reality it only leases a small space at the complex, part of a development built around Gulfstream Park racetrack in Hallandale Beach.

Venters formed a subsidiary, Gulfstream Movie Studios Inc., and created marketing materials stating that the company “enjoys a 300-million-dollar ‘back lot’ at Gulfstream Park and production facility in Hallandale Beach,” the suit states, to “give the appearance” that it occupied a much-larger space than it actually did.

Only a small portion of investor funds appears to have been used to make or acquire films, the SEC complaint says. The company filed investor relation statements stating it had “no source of revenue” between 2016 and 2020.

As a result, Venter used investors’ money to pay himself and a “paramour” identified as “Jane Doe,” it says Venters paid her meals, trips, living expenses, car, and other incidentals, and also funneled stock and money to her “through multiple sham consulting agreements.”

Venters said he plans to fight the SEC’s charges to protect the financial interests of 150 investors who continue to support the company. The company has been aware of the SEC’s investigation for 15 months, he said, and previously disclosed it to investors in public filings.

“I don’t know why they filed the suit,” he said, “We’ve been in discussions for 15 months. They had access to all my materials and my depositions. We wanted to cure this before they filed.”