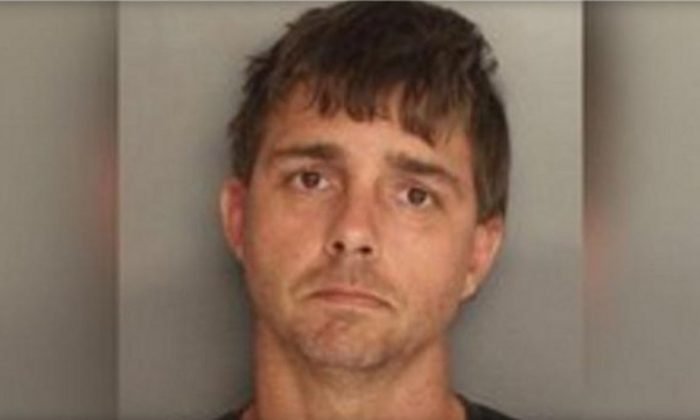 SIOUX FALLS, S.D. — A U.S. Marshals Service deputy in South Dakota shot and killed a man who was wanted in a homicide in South Carolina, authorities said.

Sioux Falls Police Officer Sam Clemens said authorities received a tip that Lonnie Haskell Powers Jr., 37, of Summerville, South Carolina, was in Sioux Falls, and that he was armed. They tracked Powers to a parking lot at Lewis Drug on Saturday afternoon.

When confronted by officers who surrounded the suspect’s car with weapons drawn, Clemens said, Powerspulled out a handgun. A deputy marshal shot him once in the chest while he was still in his car, Clemens said.Powers died at the scene.

Video from KFSY-TV shows the drivers’ side window was blown out by the shot.

The Berkeley County Sheriff’s Office in South Carolina said Powers was wanted in the killing of James Anthony Hill, 55, who was found shot to death in his home near Ridgeville on Dec. 13. The motive is still under investigation.

Theresa Stehly said her car was parked near Powers’ vehicle, and that she was coming out of the store as the confrontation unfolded around 1:30 p.m.

“I heard loud talking and I saw there were marshals on either side of this vehicle and police officers … with their guns drawn,” Stehly said. “I heard them assuring him (the suspect) that if he got out of the vehicle he wouldn’t be hurt.”

Stehly said the officers also ordered him to keep his hands visible.

Police cleared the area and locked customers inside the store.

The FBI is leading the investigation.