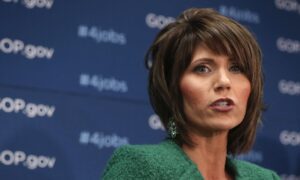 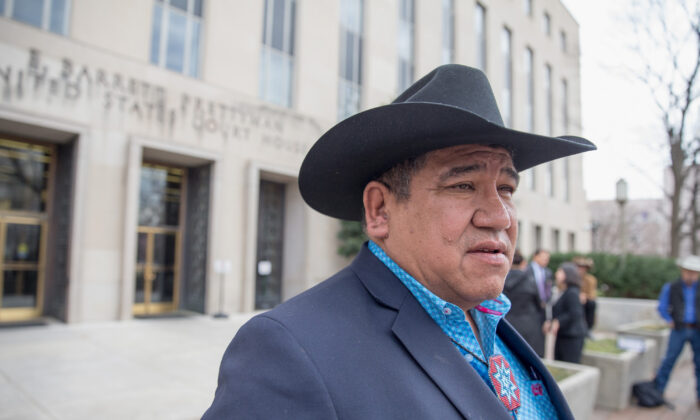 Sioux tribes in South Dakota are refusing to remove COVID-19 checkpoints they set up on roads that pass through their land.

“We are strongest when we work together; this includes our battle against COVID-19,” Noem said in a release. “I request that the tribes immediately cease interfering with or regulating traffic on U.S. and state highways and remove all travel checkpoints.”

Cheyenne River Sioux Tribe Chairman Harold Frazier defended the checkpoints in a May 8 news release, saying that they would “not apologize for being an island of safety in a sea of uncertainty and death.”

Noem has ordered the tribes to dismantle them, stating in a letter to Frazier dated May 8 (pdf) that “if the checkpoints are not removed within the next 48 hours, the state will take necessary legal action.”

The governor wrote a similar letter (pdf) to Oglala Sioux Tribe President Julian Bear Runner, in which she said the tribe installed the checkpoint in violation of a Department of Interior memorandum setting forth legal parameters and procedures the tribe must follow if it wishes to establish travel checkpoints on U.S. and state highways.

“To date, the Oglala Sioux Tribe has not followed the legally established procedure,” she wrote.

The Sioux insist the checkpoints are justified as their only means of preventing the CCP (Chinese Communist Party) virus, the novel coronavirus that causes COVID-19, from entering their reservations.

Francisca Tobacco, of the Oglala Lakota tribe, manned a checkpoint near the Pine Ridge Reservation on May 10, Indianz.com reported.

“I’m just here for our people,” she told the outlet when asked why she had stopped a car seeking to enter the reservation and requested they take a detour. “I’m protecting my people.”

Frazier said in the release that while he acknowledges the need to work together, “you continuing to interfere in our efforts to do what science and facts dictate seriously undermine our ability to protect everyone on the reservation.”

“Ignorant statements and fiery rhetoric encourage individuals already under stress from this situation to carry out irrational actions,” he said. “We invite you to join us in protecting the lives of our people and those that live on this reservation. I regretfully decline your request.”

In remarks to NPR, Frazier said the limited health care facilities at the reservation, located in central South Dakota, wouldn’t be able to cope with an outbreak.

“It’s basically middle of nowhere,” Frazier said, noting the closest health facility for critical care is a three-hour drive in Rapid City, while there are only eight beds and one respiratory therapist on the reservation.

“There’s probably about over 10,000 residents here that live on the reservation. So if we were to have a massive outbreak, you know, where are they going to go?” he said.

Currently, people are only allowed to enter the reservations for essential business if they haven’t traveled from a COVID-19 hotspot.

“We know that if it was to ever hit our reservation, it’s going to be really detrimental to a lot of our people,” Frazier told NPR.

Noem has threatened to take the two tribes to federal court if they don’t comply.

“The checkpoints on state and U.S. highways are not legal, and if they don’t come down, the state will take the matter to federal court,” senior adviser and Policy Director Maggie Seidel wrote in an email sent to the local Argus Leader newspaper on May 10.