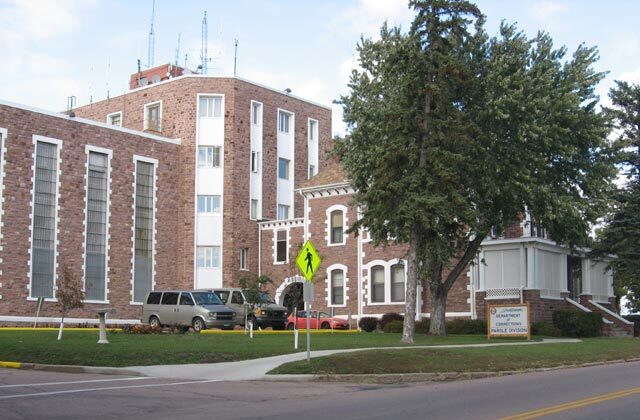 A view of the South Dakota State Penitentiary in Sioux Falls, S.D., on Oct. 10, 2009. (CC3.0/Wikimedia Commons)
Crime and Incidents

SCOTLAND, S.D.—A South Dakota man has been charged with murder and other counts for allegedly gunning down his ex-girlfriend, her father, and another woman and wounding his ex-girlfriend’s mother and a young child.

Francis Lange, 42, made an initial appearance Wednesday in Bon Homme County Circuit Court. He faces six charges—three counts of first-degree murder, two counts of aggravated assault and one count of committing of a felony while armed with a gun—in the Tuesday evening attack in Scotland, a small community in the southeast of the state about 60 miles (97 kilometers) southwest of Sioux Falls.

He appeared without a lawyer and asked that a court-appointed attorney be assigned to his case. The judge set his bond at $2 million cash and scheduled his next court appearance for Nov. 16 in Tyndall, the Yanton Press and Dakotan reported.

Despite her wounds, Vicki Monclova managed to make it on foot to her son Anthony Monclova’s house, authorities said. Another son, Jacob Monclova, went to his sister’s home and discovered the crime scene. He found the wounded girl crying in a bedroom, scooped her up and ran from the house.

When law enforcement and paramedics arrived, Librado and Angela Monclova were already dead. Akins was taken to a local hospital and was later pronounced dead from an apparent gunshot wound, authorities said.

Vicki Monclova and the child were taken by helicopter to a Sioux Falls hospital with serious, life-threatening injuries. Their conditions haven’t been released.

Lange was arrested without incident at his father’s house in Scotland later that night. Investigators said they found a gun believed to have been used in the shooting about a half-block from the crime scene.

Agents with the state’s Division of Criminal Investigation said Francis told them he has been living with his father but had dated Angela Monclova and lived with her in the past.