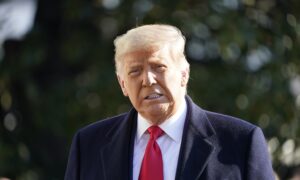 South Dakota Gov. Kristi Noem announced on Jan. 23 that she’ll introduce a bill to her state’s legislature on Jan. 25 that would ban abortion of babies based solely on a diagnose of Down syndrome.

The Republican governor made the decision on the 48th anniversary of the U.S. Supreme Court’s landmark ruling in Roe v. Wade, which ruled that the Constitution protects a pregnant woman’s liberty to choose to have an abortion without excessive government restriction.

“I look forward to the day when the Supreme Court recognizes that all preborn children inherently possess a right to life,” Noem said on Twitter. “To that end, on Monday I will introduce a bill that bans abortions based on a Down syndrome diagnosis.”

Statistics indicate that women with Down syndrome-related pregnancy have a high abortion rate. Though data is limited, the most recent data available released in a study by Obstetrics & Gynecology shows that about 67 percent of U.S. pregnancies where it is suggested the baby would be born with Down syndrome end in abortion.

Today is the 48th anniversary of Roe v. Wade. I look forward to the day when the Supreme Court recognizes that all preborn children inherently possess a right to life.

To that end, on Monday I will introduce a bill that bans abortions based on a Down syndrome diagnosis.

South Dakota generally bans abortions at 20 weeks. People seeking abortions also need to wait a period of 72 hours and get counseling before having the procedure.

Earlier this month, Noem was joined at the governor’s house for the state of the union address by Fox News contributor Rachel Campos-Duffy and her husband, former Wisconsin Rep. Sean Duffy. The Duffys were invited by Noem to speak about their daughter Valentina, who was born with Down syndrome.

“Every single life is precious, regardless of what situation the family is facing,” Noem said. “I think Valentina, right here, her little face shows what a blessing that she is to this family, and they’re going to be here talking to the people of South Dakota and our legislators about how important that bill is.”

According to a social media post and her appearance on Fox News, abortion will be one of the key topics discussed during the 2021 South Dakota legislative session.

Meanwhile, the Biden–Harris administration released a statement on the 48th anniversary of Roe v. Wade stressing that the administration is committed to “codifying Roe v. Wade and appointing judges that respect foundational precedents like Roe.”

“In the past four years, reproductive health, including the right to choose, has been under relentless and extreme attack,” the statement reads. “We are deeply committed to making sure everyone has access to care—including reproductive health care—regardless of income, race, zip code, health insurance status, or immigration status.”

The Trump administration over the past four years enacted policies and laws that were pro-life. As part of his administration’s efforts, former President Donald Trump called for defunding Planned Parenthood and late-term abortions. Trump also nominated three pro-life judges to the Supreme Court.

Roe v. Wade was the 1973 Supreme Court 7–2 decision ruling that the Constitution of the United States protects a pregnant woman’s liberty to choose to have an abortion without excessive government restriction. It struck down many U.S. federal and state abortion laws.