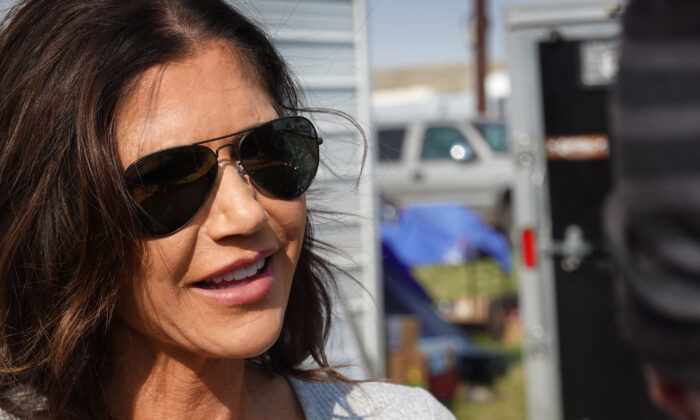 South Dakota’s governor on Thursday said she ordered her office to review a new Texas law that bans most abortions in an effort to see whether laws can be tightened in her state.

The Texas law, which went into effect on Sept. 1, bans abortions after a fetal heartbeat is detected, with exceptions for medical emergencies.

The U.S. Supreme Court opted to leave the law in place for now in a narrow 5–4 ruling late Wednesday.

“Following the Supreme Court’s decision to leave the pro-life TX law in place, I have directed the Unborn Child Advocate in my office to immediately review the new TX law and current South Dakota laws to make sure we have the strongest pro life laws on the books in SD,” South Dakota Gov. Kristi Noem said in a statement on social media.

Miller has a history with the Supreme Court. He was co-counsel in one case, U.S. Army Corps of Engineers v. Hawkes Company, and lead counsel in another, Weyerhaeuser v. U.S. Fish & Wildlife Service. The plaintiffs won both cases.

Current South Dakota law allows abortions at 12 weeks or earlier in a pregnancy with no stipulations.

Abortions between the 12th and 24th weeks of pregnancy can only be done in certain locations, such as a hospital.

Abortions later in a pregnancy can only be done if a medical emergency exists.

A medical emergency is a situation that “so complicates the medical condition of a pregnant woman as to necessitate the immediate abortion of her pregnancy to avert her death or for which a delay will create serious risk of substantial and irreversible impairment of a major bodily function.”

Republicans overwhelmingly control both legislative chambers in South Dakota, as well as the governor’s mansion.

GOP leaders in the South Dakota House and Senate did not immediately respond to requests for comment on Noem’s move.