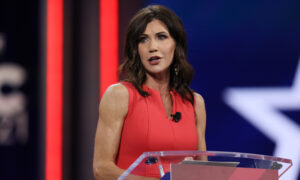 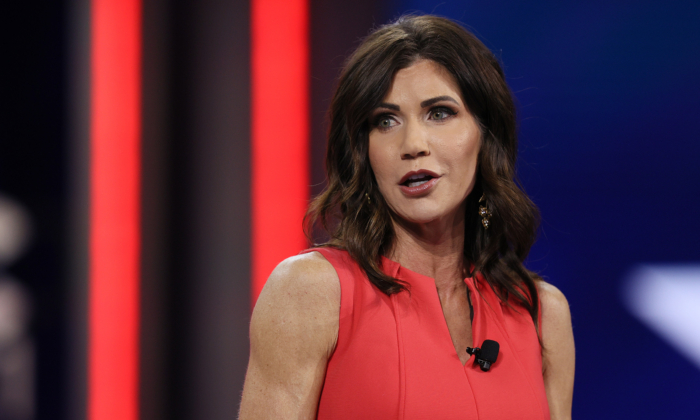 South Dakota Gov. Kristi Noem is seeking to revive the transgender sports bill that would have banned biological males from participating in women’s sports after the state legislature voted to reject her proposed changes.

The legislative session ended with the bill failing to be enacted after the House voted overwhelmingly 67–2 to reject a series of changes proposed by Noem to House Bill 1217. The governor had sent the bill, which had already passed both chambers, back to the state legislators earlier this month requesting style and form changes before she’d sign it.

Among her suggestions for changes include limiting the operation of the bill to elementary and secondary school athletics, modifying language about civil liability, and removing a requirement that requires schools to obtain annual verification forms on a student’s age, biological sex, and whether the student had taken any performance-enhancing drugs.

Noem in an op-ed published on Tuesday called on the legislature to return to a special session in late May or early June to re-consider the proposed changes to HB 1217, arguing that the changes would provide an opportunity for the bill to stand up to challenges in courts.

“This fight is too important to lose,” Noem wrote. “We must take on this fight; we just need to be strategic with how we proceed.”

She argued that the bill in its current form, if enacted, would be “a trial lawyer’s dream,” with the potential where courts could immediately block its enforcement.

This means “that no girls in South Dakota would have been protected,” Noem wrote.

“That is why we need to get this right. Since November, my team and I have worked to find the best way to defend women’s sports effectively—not just to feel good, but to do good. We have to be able to win in court,” she said.

In a formal letter to the House on Monday, she informed the state legislature’s leaders that she is unable to sign the bill as it does not comply with the state’s constitution. She also insisted that her move to return the bill should not be interpreted as a “veto.”

House Speaker Spencer Gosch, a Republican, had argued in a statement on Sunday that the state legislature rejects Noem’s changes because they do not believe there were “errors in style and form.”

Gosch’s office did not immediately respond to The Epoch Times’ request for comment.

Noem also addressed the criticism she received following her move to send the bill back to the state legislature for changes. Her move had been interpreted by critics as bowing to pressure from the NCAA and the South Dakota Chamber of Commerce.

“Conservatives should not doubt my desire to fight on this issue. I previously stood against the federal government when the USDA attempted to force girls to compete with boys in 4-H rodeo. I didn’t have other leaders standing with me in that fight, but we won it, nonetheless,” she said.

“I’ve signed numerous important conservative priorities into law, including constitutional carry, a Down syndrome abortion ban, protections for babies born-alive after a failed abortion, sweeping homeschool reforms, and stand-your-ground legislation. I am always willing to fight for what is right, but we have to take on these battles in a smart way. We have to be strategic so that we can win.”

This year, governors in Mississippi, Arkansas, and Tennessee have signed bills similar to the South Dakota legislation.

A federal judge last year blocked Idaho from enforcing similar legislation that barred transgender student-athletes from competing in women’s and girls’ sports. The legal challenge has since been appealed in the 9th Circuit Court.