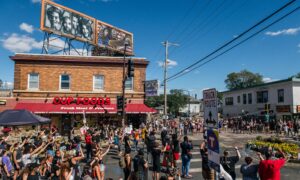 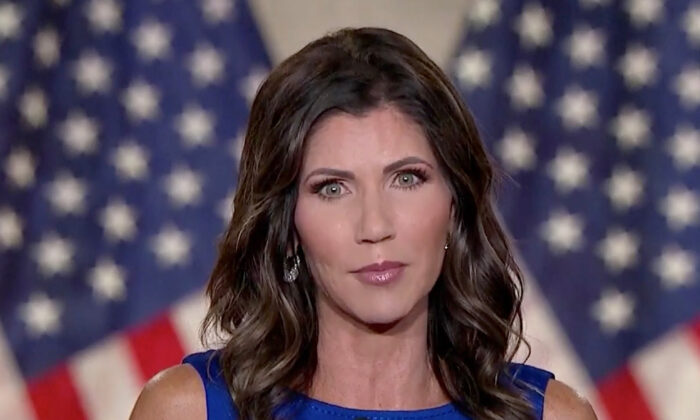 South Dakota’s Republican Gov. Kristi Noem accused the Biden administration of a double standard by rejecting her state’s bid to hold a Fourth of July fireworks display at Mouth Rushmore while encouraging other states to stage July 4 events and itself planning a fireworks show in Washington.

Noem took to Twitter on Tuesday to direct a scathing rebuke at President Joe Biden over the Mount Rushmore fireworks rejection controversy and accused him of hypocrisy.

“What a hypocrite. President @JoeBiden wants ‘a summer of freedom’ where we ‘mark independence from the virus by celebrating with events across the country,'” Noem wrote, sharing a screenshot of a White House announcement encouraging states to host Independence Day events.

“Translation: fireworks are fine at the White House, but not at Mount Rushmore,” Noem added.

What a hypocrite. President @JoeBiden wants “a summer of freedom” where we “mark independence from the virus by celebrating with events across the country.”

Translation: fireworks are fine at the White House, but not at Mount Rushmore. pic.twitter.com/kHHqkHqlBk

As part of its July 4th celebrations, the White House said it would host an event with essential workers and military service members, with around 1,000 guests expected at an event that is to include a fireworks display over the National Mall, according to officials.

Tuesday’s letter from the White House Office of Intergovernmental Affairs—addressed to State, Tribal, and local elected officials—hails the Biden administration’s efforts to fight the pandemic and encourages local leaders to host Independence Day events “to honor our freedom, salute those who have been serving on the frontlines, and celebrate our progress in fighting this pandemic.”

“On July 4, because of our strong response, America will mark independence from the virus by celebrating with events across the country,” the letter states, adding that the country is “headed into a summer dramatically different from last year. A summer of freedom. A summer of joy. A summer of reunions and celebrations.”

It comes as a federal judge earlier this month ruled not to grant Noem a preliminary injunction that would see fireworks allowed at Mount Rushmore for July 4. That decision came following a lawsuit filed by Noem against members of the Biden administration after the National Parks Service denied South Dakota’s fireworks permit request for reasons that include concern over the risk of a COVID-19 outbreak, the potential for wildfires, and undermining relationships with Native American tribes in the area.

“Rules for thee but not for me … a long time favorite from the Democrat playbook. @joebiden, why are you being so hypocritical? You’re having your own personal fireworks show in D.C., but South Dakotans are told no?” Noem wrote in a tweet.

The South Dakota governor added that she plans to resubmit a request to hold a celebration at Mount Rushmore.

“Mount Rushmore is the very best place to celebrate America’s birthday and all that makes our country special,” Noem said when announcing her lawsuit, which was backed by 17 Republican attorneys general.

“Given the importance of the Fourth of July holiday and the special role of Mount Rushmore as a national monument, amici States have an interest in seeing the fireworks display take place again this year,” the attorneys general said in a court document (pdf), filed on May 21, which called the Biden administration’s decision to cancel the fireworks display “arbitrary and capricious.”

In rejecting Noem’s lawsuit, U.S. District Judge Roberto Lange, an Obama appointee, ruled that the suit was unlikely to succeed and that the Biden administration’s rejection of the fireworks permit was not arbitrary or capricious.