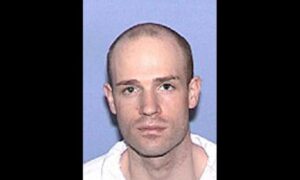 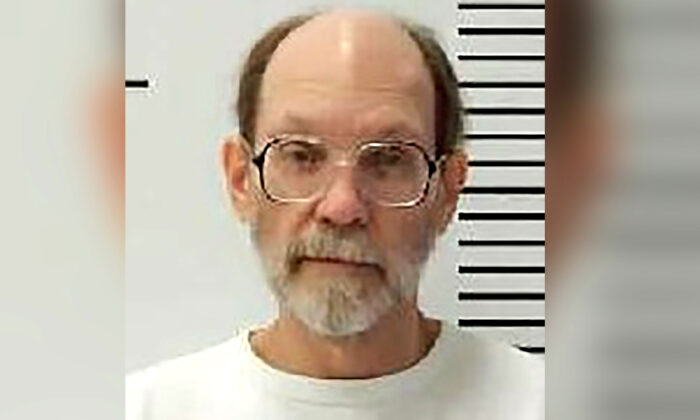 SIOUX FALLS, S.D.—A convicted killer who fatally stabbed a former co-worker during a 1992 burglary used his last words on Monday, Nov. 4, to speak directly to the parents of his victim, saying he forgave them “for your anger and hatred towards me.” But the victim’s parents refused to focus on the man who killed their son, instead centering their attention on the young man they treasured and whom they called a blessing.

Charles Rhines was executed by lethal injection at 7:39 p.m., after the U.S. Supreme Court declined to halt the execution despite three late appeals.

Rhines, 63, ambushed 22-year-old Donnivan Schaefer in 1992 when Schaefer surprised him in the midst of burglarizing a Rapid City doughnut shop where Schaeffer worked. Rhines had been fired a few weeks earlier; investigators and prosecutors said he brushed off Schaeffer’s pleas for mercy.

The Schaeffers made clear they didn’t want to talk about Rhines. Patty Schaeffer appeared before reporters holding a photo of her two sons, including Donnivan, as children and then displayed a graduation photo of him.

“We were so blessed to have this young man in our family and in our life,” she said. “Today is the day that we talk about Donnivan, the guy who loved his family, his fiancé, and his friends.”

When asked about Rhines’ final words addressing them, Peggy Schaeffer said that she has no anger towards Rhines and has already forgiven him. “If I started hating, I wouldn’t be here, I wouldn’t be who I am.”

Media witnesses to the execution said Rhines appeared calm, and it took only about a minute for the pentobarbital used by the state to take effect They said when he finished speaking, he closed his eyes, then blinked, breathed heavily, rolled his head to the right and passed out. He was pronounced dead about five minutes later.

Rhines had challenged the state’s use of pentobarbital, arguing it wasn’t the ultra-fast-acting drug he was entitled to. A circuit judge ruled it was as fast or faster than other drugs when used in lethal doses and speculated that Rhines wanted only to delay his execution.

The U.S. Supreme Court rejected that appeal, as well as his arguments that he was sentenced to die by a jury with an anti-gay bias and that he wasn’t given access to experts who could have examined him for cognitive and psychiatric impairments.

Pentobarbital is used by a handful of states in executions, including Georgia, Missouri and Texas.

Schaeffer was delivering supplies to Dig ’Em Donuts where he worked when Rhines ambushed him, stabbing him in the stomach. Bleeding from his wound, Schaeffer begged to be taken to a hospital, vowing to keep silent about the crime; instead, he was forced into a storeroom, tied up and stabbed to death.

Steve Allender, a Rapid City police detective at the time of the killing who is now the city’s mayor, said Rhines’ jury sentenced him to death partly because of Rhines’ “chilling laughter” as he described Schaeffer’s death spasms.

“I watched the jury as they listened to the confession of Charles Rhines on audiotape and their reaction to his confession was appropriate. Any human being would be repulsed by the things he said and the way he said them,” Allender told KELO.

Rhines attended Schaeffer’s funeral, then moved to Seattle a few days later. Authorities thought the move was odd because Rhines had vowed to never return to Washington state, where he had spent time in prison. Allender said authorities initially interviewed Rhines and felt something was off, but Rhines wasn’t arrested until four months later—after Rhines told his former roommate about the killing.

By Stephen Groves and dave Kolpack