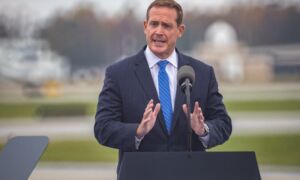 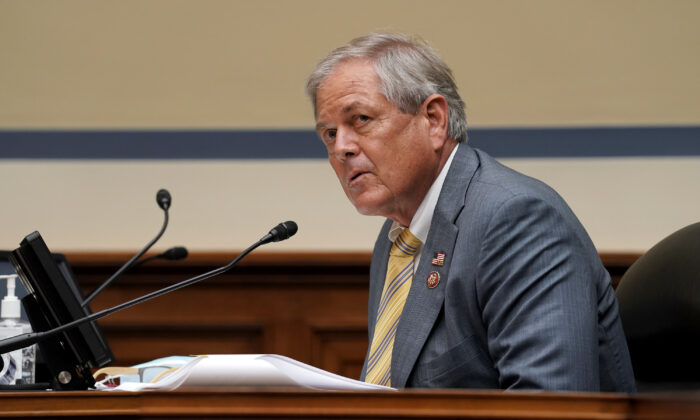 “Well, a couple of things. No. 1, it’s against the 10th Amendment,” Norman told The Epoch Times during an interview on April 13, as he returned from an inspection tour of the immigration crisis at the U.S. border with Mexico. “The federal government should not be meddling in what counties, municipalities, and states should rule on.”

The 10th Amendment reserves to the states all powers not specifically enumerated as being with the central government in the nation’s capital. Defenders of centralized planning programs such as AFFH have traditionally defended them as being justified by the Constitution’s “general welfare” clause.

Biden promised during the 2020 presidential campaign to revive the AFFH program, and less than a week after her confirmation by the Senate as the HUD secretary, Marcia Fudge was asked about reinstating AFFH.

In response, she told White House reporters that the Biden administration is moving forward with such plans, including as part of the president’s $2.3 trillion “American Jobs Program” that’s being touted by the White House as an unprecedented infrastructure initiative.

“We are looking at it. Certainly, we know that fair housing is, in fact, the law of the land, and we want to use every tool that we have. I think that the prior administration did roll back some fair housing tools that we have. So, we’re looking at how we can go back and make those better and get them re-implemented, if possible,” Fudge said.

But Norman also told The Epoch Times that “secondly, we don’t have the money and third, the fact that Biden would even propose this when only 6 percent of his bill is devoted to infrastructure is unheard of.”

The South Carolina lawmaker was referring to estimates that only 6 percent of the total tax dollars to be appropriated under Biden’s infrastructure proposal would actually be used to build or repair the nation’s roads and bridges, and make other related improvements.

Biden and advocates of his program, such as Speaker of the House Nancy Pelosi (D-Calif.) and Senate Budget Committee Chairman Sen. Bernie Sanders (I-Vt.), argue that officials should adopt a vastly expanded understanding of what comprises infrastructure, including what Pelosi called “human infrastructure.”

While arguments against new federal programs based on the 10th Amendment haven’t fared well in the federal courts since President Franklin D. Roosevelt’s New Deal and the 1937 failure of his plan to pack the Supreme Court, the presence of a 6–3 conservative majority on the nation’s highest tribunal (though Chief Justice John Roberts often sides with the Democrats) could produce a different outcome if legal challenges are mounted.

Norman told The Epoch Times that officials in his South Carolina congressional district have told him they would support legal challenges to a revived AFFH.

Republican critics of AFFH have claimed since it was launched in 2015 that the program amounts to a process by which federal bureaucrats at HUD would effectively become zoning commissioners, controlling a multitude of zoning and development decisions that have for centuries been the exclusive province of officials at the state and local levels.

“Biden’s plan rips the heart out of local zoning authority,” Stanley Kurtz of the Ethics and Public Policy Center told The Epoch Times on April 12. “What, if anything, remains when the Biden administration is done won’t matter, because de facto control over the suburbs will have passed to the federal government.”

In a related development, the University of Pennsylvania’s Penn Wharton Budget Model projected on April 7 that the Biden plan will increase the national debt, while reducing economic growth, capital stock, workmen’s wages and hours, and productivity.

“This country is a ship without a rudder with this guy, and whoever is calling the shots is off-base,” Norman said.