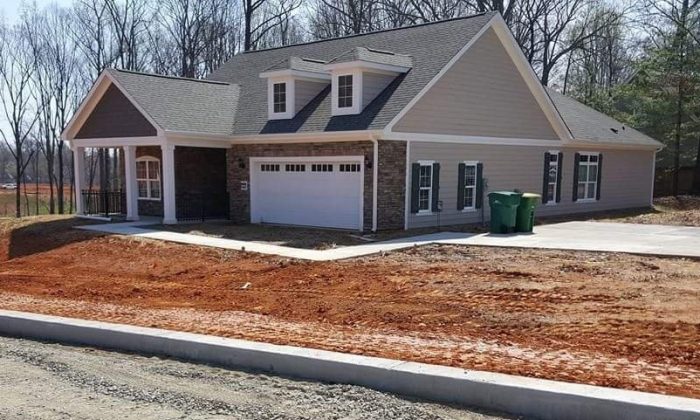 Houses are pretty complicated to build, but with the proper planning most of them get done without any major flaws.

A brand-new house in South Carolina has baffled Internet users who quickly spotted a huge mistake made in the design.

Instead of having the driveway lead into the garage, it ends at the side of the house and the garage door opens into a sidewalk.

After a picture of the strange home was uploaded to Reddit, users began speculating about the reason for the unusual distance between the garage and the driveway.

Some suggested that the house is a model home, built for show without all of the usual practical considerations.

“This is a model home and sales office for the builder. The road in front is still dirt. This house is close to being done, but it’s unlikely anyone would want to live in this neighborhood until that road is done,” said one user.

“There’s an obvious walk way from that slab to the front door. There’s no ‘cut’ in the curb that would accommodate a different driveway. I’m sure they’ll add it later when they eventually sell this house to someone. But for now it’s not necessary.”

Another responded: “Yep, this guy got it. I do IT for home builders and setup ‘sales offices’ in model homes like this all over the place. They always have little quirks like this until they are finally sold. Heck, the sales office might even be in the garage, or maybe even a construction manager may have setup an office in there. Pretty common.”

When one user wondered why they don’t just configure it correctly from the beginning, another user said there’s a lot of reasons, including room for more landscaping that makes the front more aesthetically pleasing, extra space for parking for those who want to tour the house, and forcing prospective buyers to walk through the sales office in the garage before entering the home.