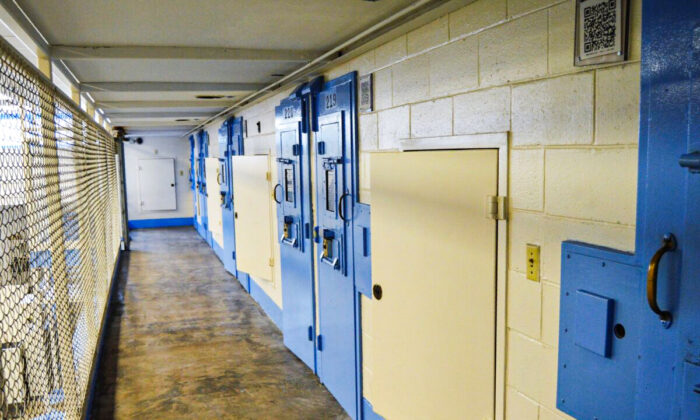 The South Carolina Department of Corrections (SCDC) said on Friday that death row inmates in the state are now able to pick execution by firing squad as a death sentence option.

Officials have completed renovating the capital punishment facility at Broad River Correctional Institution in Colombia to “include the capacity to perform an execution by firing squad,” the SCDC said in a release. Corrections spent $53,600 on the renovations.

“The chamber now includes a chair in which inmates will sit if they choose execution by firing squad,” according to the release. “Bullet-resistant glass has been installed between the witness room and death chamber. The firing squad chair is metal with restraints and is surrounded by protective equipment.”

According to state law, death row inmates can also choose between the electric chair or lethal injection—if they are available in the state. South Carolina has been unable to purchase lethal injection drugs for years now as U.S. pharmaceuticals companies seek to limit how the product is used, which resulted in executions in many states being put on hold.

In May 2021, South Carolina Gov. Henry McMaster, a Republican, signed a bill into law that would require death row inmates to choose their execution method. Under the law, the primary means of execution is by the electric chair, but death by lethal injection and firing squad are options if they are available.

South Carolina is one of four states in the U.S. that allow a firing squad. Other states that allow the method are Mississippi, Oklahoma, and Utah, according to the Death Penalty Information Center. The death penalty is authorized in 24 states, while three states have moratoriums in place.

“The death penalty is going to stay the law here for a while,” Harpootlian said. “If we’re going to have it, it ought to be humane.”

In the SCDC statement, officials detailed how the protocols in a firing squad execution would be carried out.

Inmates are required to wear a prison-issued uniform and will be strapped in the chair with a hood placed over their heads. Three trained SCDC members will carry out the execution from behind a wall and a small aim point will be placed over the inmates’ hearts by a member of the execution team. The rifles used by the three-member firing squad will not be visible to witnesses.

“After the warden reads the execution order, the team will fire,” officials said. “After the shots, a doctor will examine the inmate. After the inmate is declared dead, the curtain will be drawn and witnesses escorted out.”

To date, there are 37 inmates on death row in the state. The last person executed in South Carolina was Jeffrey Motts, who died by lethal injection in May 2011. Motts was sentenced to death after murdering his cellmate while already serving a life sentence for fatally shooting two elderly people during a robbery.

Former President Donald Trump repeatedly expressed support for capital punishment and restarted the practice at the federal level in 2020 after a 17-year hiatus. Trump argued that executions serve as an effective deterrent and an appropriate punishment for some crimes, including mass shootings and the killings of police officers.