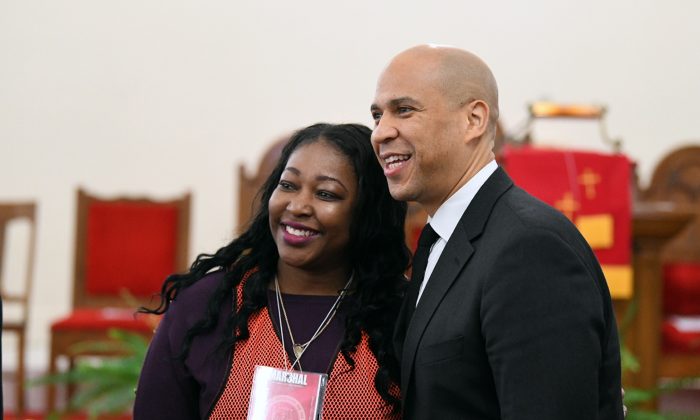 Sens. Cory Booker and Bernie Sanders, who are potential presidential contenders, were just in town. Sens. Kamala Harris and Elizabeth Warren, both presidential candidates, have already been here. Another White House hopeful, Sen. Kirsten Gillibrand, will pay her first visit in February.

And this is just the beginning.

Ahead of the most wide-open Democratic primary in a generation, South Carolinians will soon be flooded with dozens of White House hopefuls. More than a year away, the contest is already shaping up as the most consequential in recent memory. For the first time, it’s expected to feature two black candidates—Harris and Booker—competing for support in the first primary state with a significant African-American population.

The prospect of so many White House contenders is enough to wear out even the most dedicated political activist. But it’s especially challenging in South Carolina, where Democrats have fewer resources than in other traditional early-voting states such as Iowa and New Hampshire. That’s raising concerns about how South Carolina Democrats will handle next year’s primary.

“It will be a crush, at least for a while,” said Carol Fowler, a former state party chairwoman and longtime Democratic National Committee member. “This is an absolutely enormous number of candidates right now.”

She said the state Democratic Party will likely need to bulk up on staff soon to coordinate with all the campaigns.

Republicans were in a similar spot in 2016, when 17 candidates competed for president. By the time the South Carolina primary arrived, a half-dozen were still on the ballot in a contest that gauged the support of religious conservatives.

But South Carolina is a Republican stronghold. In the 2016 general election, President Donald Trump carried the state with 55 percent of the vote. The GOP controls both legislative chambers, all statewide-elected offices, and most of the congressional seats.

And Republicans have a more sophisticated structure, with organization that extends to the county level. Democrats, meanwhile, manage most of their operations at the state level and focus less on strong county parties.

These factors helped the GOP develop the financial and organizational ability to sift through a complicated primary in 2016. But Democrats say they don’t want to change.

“The definition of being a Democrat is not analogous with being structured,” said state Sen. Marlon Kimpson, a Democrat representing Charleston who plans a series of forums with Democratic contenders. “We’re not Republicans.”

Some candidates have sought to turn the sparse resources into an opportunity. Ahead of last year’s midterms, Warren dispatched one of her staffers, Saloni Sharma, to South Carolina to help run the state party’s communications efforts. Sharma has since left South Carolina to work on Warren’s presidential exploratory committee. But Warren’s gesture of help could generate goodwill among the party when it’s time to vote.

So far, most of the 2020 visits have been brief, requiring little support from the state party. Booker and Sanders marched in and spoke at a Martin Luther King Jr. Day rally in Columbia. Sanders appeared later at a community forum and met with the Legislative Black Caucus. Harris, fresh off announcing her presidential campaign, spoke to fellow members of the Alpha Kappa Alpha sorority last week at their annual Pink Ice Gala, but left shortly after singing the organization’s song and taking selfies with the crowd.

As the campaign season continues, voters will expect more substantive visits, such as gatherings in churches and among community groups, said Jaime Harrison, Democratic state party chairman in the 2016 cycle.

“People get used to the fact that Kamala or Cory or Elizabeth Warren have been in South Carolina five or six times,” said Harrison, also DNC associate chairman. “The novelty of it wears off, and that’s when people start to evolve into the Iowa or New Hampshire mindset: They want more substance to back it up.”