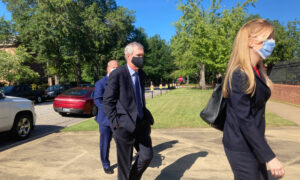 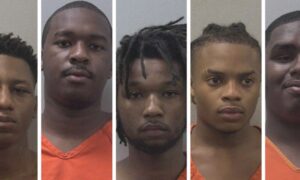 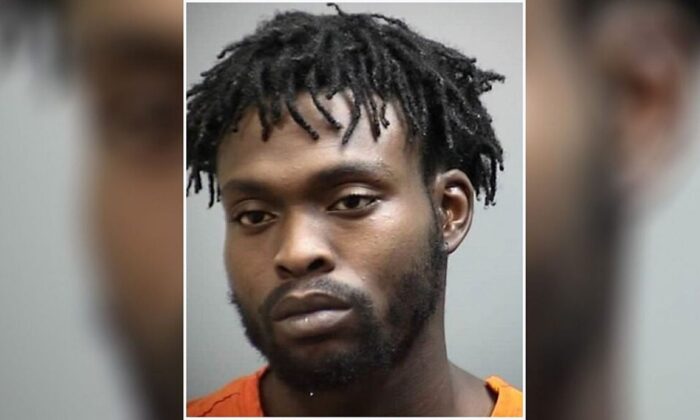 Ty Sheem Ha Sheem Walters III, 23, was charged with two counts of murder and one count of attempted murder in connection to the shooting that killed Anderson and Wall. (Georgetown County Sheriffs Office)
US News

A South Carolina man is facing two murder charges after a shooting was reported near Georgetown earlier this week, said the Georgetown County Sheriff’s Office.

Ty Sheem Ha Sheem Walters III, 23, is charged with two counts of murder and one count of attempted murder at an intersection on Monday at 5 p.m., officials told the Post and Courier.

Jason Lesley, a spokesman for the Georgetown County Sheriff’s Office, said that officials found “multiple people” with gunshot wounds that occurred in an altercation following a vehicle crash.

Walters was eventually apprehended at around 6:30 p.m. Monday after he was chased by authorities, Lesley added.

“Given the severity of the crimes he’s been charged with, I know this isn’t the time for the overwhelming amount of evidence against him,” the Georgetown County Sheriff’s office said, according to WPDE. “The defendant in a post-Miranda interview did make an admission to shooting all the victims. We don’t think he needs to be allowed back out in the public. We believe he poses an imminent and grave danger to society if he’s allowed to be released.”

Officials said the victims were identified as Charles Nicholas Wall, 45, and Laura Ashley Anderson, 21. Wall was the stepfather of Anderson.

Kimberly Wall, the wife and mother of the deceased, said Monday night that shooting occurred after a “fender bender.”

“I don’t understand how a simple fender bender they called it could turn into double murder and an attempted murder,” Lambert said. “Why? I honestly didn’t think it was real. Who does this?” she said, according to WMBF.

“I’m having to bury one of my children and my husband. It’s such a freak thing. I don’t know why this would happen. I just don’t understand,” she added. “It’s just devastating. I don’t know how we’re going to go forward.”