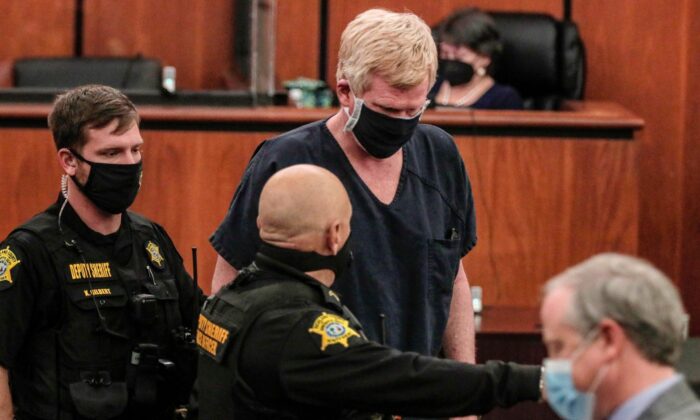 By Lana Ferguson
From The State

COLUMBIA, S.C.—State police investigating the death of Gloria Satterfield, a housekeeper who died from injuries sustained from a fall at the Murdaugh family home, released a 911 call which confirms the fall in Colleton County but doesn’t say how it happened.

At least three people were at the home on Moselle Road after Satterfield fell. Maggie Murdaugh, Alex Murdaugh’s wife, called 911 on Feb. 2, 2018.

Satterfield’s death three weeks after her fall is being investigated by the South Carolina Law Enforcement Division after the Hampton County coroner requested an investigation because of questions raised in a September wrongful death lawsuit. Satterfield’s two sons sued Alex Murdaugh and two other men who were alleged to be part of a scheme to steal millions of dollars in insurance money meant for Satterfield’s estate.

“My housekeeper has fallen, and her head is bleeding. I cannot get her up,” Maggie Murdaugh told the dispatcher.

The call, released Tuesday by the SLED, is just over six minutes long.

Maggie Murdaugh told the dispatcher that the family’s housekeeper, later identified in the call as Satterfield, fell as she was walking up the brick steps to their home in Colleton County. She said Satterfield was conscious and breathing but not able to form words.

“She just fell back down,” Murdaugh said a few minutes into the call. “Can I get off this phone?”

She eventually handed the phone to a male. He was not identified on the call, but told the dispatcher that Satterfield “works for us.”

He said he was holding Satterfield up when “she told me to turn her loose … and she fell back over.”

He told the dispatcher Satterfield “cracked her skull” and was bleeding from the top of her head and out of her left ear.

Late in the call, the dispatcher asked the woman’s name, and he responded, “Gloria Satterfield.”

Nearly six minutes after Maggie Murdaugh called 911, the ambulance had not arrived.

The man told the dispatcher that someone was waiting by the road for the ambulance.

The dispatcher asked the man to call 911 again “if anything changes,” including if Satterfield lost consciousness. Then the call ended.

“Obviously, it was very sad for my clients to have to listen to the tape and the statements about Gloria’s injuries from the fall. We do not read anything into the tape other than the accident happened the way that Alex described it to the family. Although Maggie didn’t mention the dogs in the 911 call as having caused the fall, Maggie seemed genuine in her concerns for Gloria. At times, both Maggie and Paul were short with and talking down to the 911 operator who was just doing her job but maybe the stress of the situation caused them to be a little too caustic with the woman who was just helping them. It is just tough for my clients to hear these things about their mother and sister.”