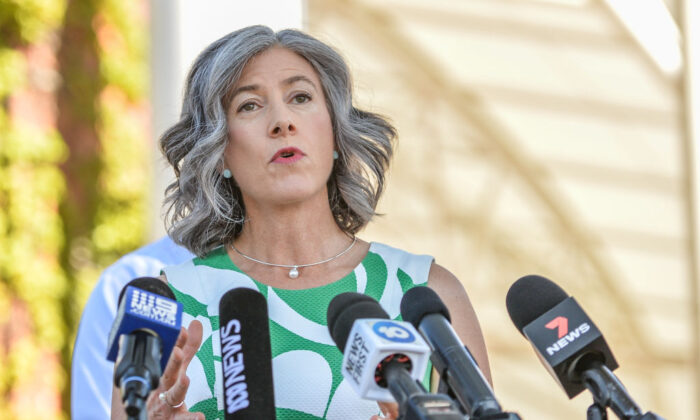 A teachers’ strike planned for the first day of school term in South Australia (SA) has been postponed after negotiations between that state’s government and the Australian Education Union (AEU).

This comes after almost two-thirds of the AEU’s school and preschool teacher members supported industrial action via a full day stoppage on Feb. 2 if COVID-19 safety concerns were not addressed.

Since the vote was put to members last week, the AEU and South Australian Department for Education (DE) have been engaged in negotiations on whether the proposed return-to-school measures make the environment safe for staff and students, whether they will slow the spread of COVID-19, and whether they are consistent across all sites.

“I think last week they presented us with 18 or 19 demands, I think that’s been whittled down to three or four,” he said at a press conference on Thursday.

Marshall said the major sticking point has been the use of rapid antigen tests (RAT) for surveillance testing, but in Tuesday’s meeting, Spurrier went into a lot of detail on why the use of RATs, if not applied correctly, could provide a false sense of security.

“We really only in our system accept a positive, because if it’s a positive, it’s pretty definitely a positive, so we allow that to be considered a positive for them to start their ten days [isolation].”

Marshall emphasised that the SA’s chief public health officer, the national chief medical officer, and the Australian Health Protection Principal Committee (AHPPC) do not support the use of RATs for surveillance testing of teachers.

“The teachers had a long list of concerns. We have addressed the vast majority of those, but the use of rapid antigen tests we just can’t agree with the union on,” he said.

Meanwhile, the AEU agreed the negotiations had been constructive, with discussions including the use of air purifiers, N95 masks, and RATs, ABC reported.

AEU SA branch president Andrew Gohl said that the situation is better than it was two weeks ago.

“Are we getting everything we want to see here? No, we’re not, but at some point you’ve got to be realistic about this,” he said.

“In the context that conversations are happening in a positive way with the department, with the commitment for that to continue, I think we’re happy to put this motion to our members.”

Therefore, the AEU will hold a second ballot to determine whether or not teachers still want to go ahead with the strike.

“That ballot opens tonight, and the ballot will close by close of business tomorrow night,” Gohl said.

He said that although that’s a quick turnaround, the union would do its utmost to provide updated information to the members and community.

Meanwhile, Marshall has said that while the current health advice does not support the use of RATs for surveillance testing, they will be used for teachers who become close contacts so they can attend work on a daily basis.

In addition, RATs will be provided for earl childhood teachers due to the nature of the work requiring closer contact with children.

Under the state’s back-to-school plan, Jan. 31 will see the return to school of the most vulnerable students, as well as children of essential workers. Then on Feb. 2, pre-school and reception, along with years one, seven, eight, and 12 will return, while other levels will start back face-to-face on Feb. 14, after two weeks of online learning.