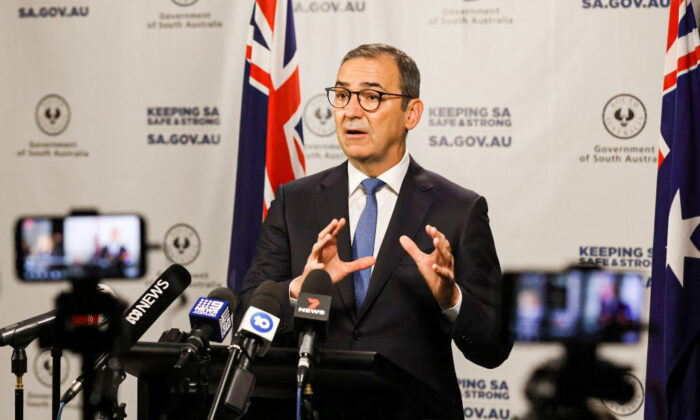 South Australian Premier Steven Marshall has promised to transform the Adelaide Entertainment Centre into a state of the art film production site as part of a new $662 million (US$471.3 million) city arena and basketball stadium, should he win the election in March.

In a pre-election address to business leaders on Friday, Marshall said that the new facility would attract international interest, SA Advertiser reported.

At present, the SA Film Corporation is located at Glenside but has limited space and resources, drawing criticism from industry, Marshall said.

He added that the construction of the Riverbank Arena would allow for a much more extensive film production hub to be established.

“Now we’ve made no secret of the fact that we’ve gone out, and we’ve chased international work to come to South Australia,” Marshall said.

“We brought Mortal Kombat to the stage; we’ve created thousands of jobs in the screen sector.”

He explained that the government did that to create a sustainable and rewarding career option for South Australians fresh out of university.

“I know that the Adelaide Entertainment Centre will be an absolutely incredible facility for the screen sector, and I know there’s already interest in that sector,” Marshall said.

The Riverbank Arena would replace the Adelaide Entertainment Centre, hosting concerts and court sports, including basketball, netball and tennis.

While the Adelaide Entertainment Centre has a total capacity of 11,300, limited to 9,200 for court sports, the new arena would seat 15,000 for all events.

In addition, fully integrated convention facilities would be situated adjacent to the stadium, both buildings linked by an underground tunnel.

The new convention centre would increase exhibition space by 5,600sqm (60,278sqf), allowing South Australia to compete for major international conferences and events that are currently beyond the state’s capacity.

However, the arena plan, which was unveiled in March 2021, has drawn criticism from the Labor Party.

In a social media post on Wednesday, South Australian Labor Leader Peter Malinauskas said that if elected in March, Labor will scrap the $662 million project instead of investing the money into the health system.

Also, on Wednesday, Malinauskas addressed South Australian Labor and crossbench MPs in state parliament’s lower house. “We will prioritise public health over and above a city basketball stadium,” he said.

If Marshall gets another term, construction of the arena will commence in 2025, after the new Women’s and Children’s Hospital is completed.

Marshall said this would ensure certainty and stability to the South Australian construction sector.