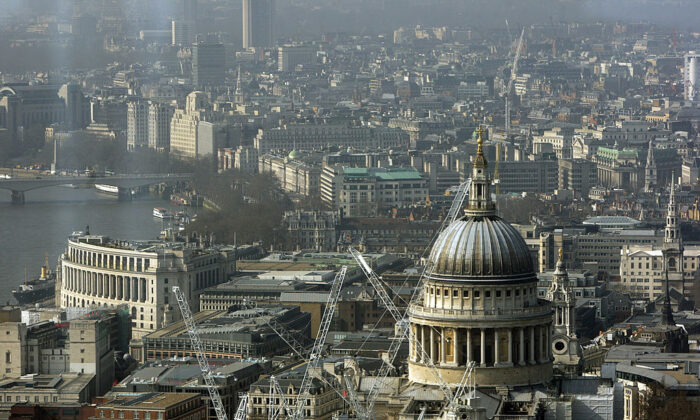 A view of London from the top of Tower 42, in London, England on March 19, 2009 (Photo by Oli Scarff/Getty Images)
Australia

Changing the former government’s decision will save around $500,000 (US$346,000), a sum the current government says is equivalent to hiring six frontline nurses.

The SA Minister for Trade and Investment, Nick Champion, said on Thursday that given the former Marshall government had not yet hired staff, signed leases, or progressed the opening of the France office, the money allocated would be better spent domestically.

“While Brexit may have changed the UK’s status as a European nation, it didn’t change its geographic location,” he said.

“We already have a fully established presence in Europe through our UK-based trade office.”

SA’s London-based trade office will carry out all the state’s European operations and work across multiple regions in the same way as its counterparts operating out of Dubai, Houston, New York, and Singapore.

Champion said that with South Australia’s strong international reputation for creating and manufacturing world-class products across multiple sectors, such as frontier technologies, energy, space, biotech, and wine, and given the former federal government’s impact on the Australia-France relationship after pulling out of an estimated $66 billion nuclear submarine deal with France, the UK office provides South Australia with an effective touch point in a key market.

Former Liberal government trade and investment minister David Ridgeway has been chosen to expand SA’s trade interests in Europe, including in Germany, France, Belgium, Spain, Scandinavia, and the Baltic states.

“South Australia has a great story to tell with fantastic products and produce to export—and, as we rebound from the impact of the pandemic, we will be doing all we can to share that story with the world,” Champion said.

Meanwhile, Australia’s New South Wales (NSW) government has appointed two global Trade and Investment Commissioners—one to be stationed in the U.S. and the other in China—whose job will also be to attract trade and investment to the state.

The appointments are the last of six commissioners chosen to represent NSW abroad, the others advancing trade interests in Southeast Asia, India and the Middle East, North Asia, and the UK, Europe and Israel.

Investment and trade minister Stuart Ayres said on Friday that NSW is a magnet for U.S. foreign investment, noting that the U.S. is the largest source of foreign investment in Australia, with a value of more than $196 billion in 2020.

“This investment creates new jobs, supports innovation, and lifts prosperity for the people of NSW, including in regional communities,” he said.

Ayres added that China is one of NSW’s biggest export markets, including the state’s largest processed and value-added goods export market.

“It is our largest source of international students, a valuable tourism market, a major source of foreign direct investment, and our largest agricultural goods market,” he said.