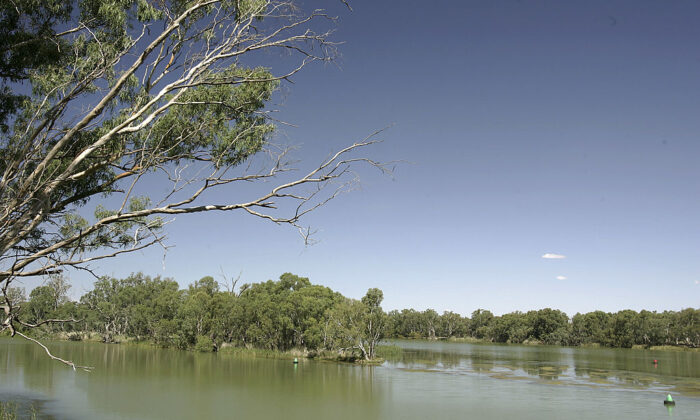 A view of the Murray - Darling Junction in Wentworth, South Australia on February 21, 2007. (Photo by Robert Cianflone/Getty Images)
Australia

The Australian and South Australian governments have pledged $15 million (US$10.76 million) for a business case to move the Northern Water Supply project forward in an effort to secure South Australia’s water future.

According to an SA Government release on Wednesday, a desalination plant to be located in the Upper Spencer Gulf is high up on the list of options being considered, an initiative which would reduce water reliance on the Great Artesian Basin and the Murray River.

If the project gets the green light, it could create a potential 8,000 construction jobs and up to 6,000 ongoing jobs while in operation.

Deputy Prime Minister Barnaby Joyce said the Federal Government’s $5 million (US$3.59 million)  investment builds on the South Australian Government’s $10 million (US$7.17 million) commitment to further develop a business case that will inform the direction of this critical project.

“A safe, reliable and sustainable water source will improve water security, create jobs and help unlock the economic potential of new and expanded opportunities for businesses in the state’s north,” he said.

“Since 2015, the Australian Government has committed more than $75 million (US$53.8 million) from the National Water Grid Fund towards projects in South Australia.”

These projects include the support of premium grape production in McLaren Vale, water security for farmers on the Coolanie Plains, and new water for agribusiness utilising the Northern Adelaide Irrigation Scheme.

Mines in the north of the state also rely on these sources, which can be expensive to extract and be affected by salinity. Additionally, previous attempts to deliver a sustainable water supply to the region have failed due to lack of a strong customer base.

In support of the business case, the State Government has enterd into a memorandum of understanding (MOU) with SA Water, BHP, and OZ Minerals to move the project forward.

Premier Steven Marshall said that the Government is always looking for new ways to ensure the efficient use of water because long-term and secure access to water is critical to economic growth, and regional communities rely on industry for jobs and community strength.

“A desalination plant is an option we will investigate to provide a sustainable and sufficient water supply to support many industries, including the burgeoning hydrogen industry, mining, horticulture, pastoral, agriculture sectors and the transition to green steel,” he said.

“To be able to partner with some of South Australia’s biggest companies to decrease reliance on our finite water resources and future-proof our state in a changing climate is really pleasing.”

Federal Member for Grey, Rowan Ramsey, elaborated on what the Premier said, saying South Australia currently relies heavily on water sourced from either the Great Artesian Basin or the Murray River, and drawing more from these sources is not environmentally sound.

“We are well aware of the long-term issues with the Murray, and the Great Artesian Basin is a national treasure which is vital to our traditional grazing industries and small communities that continue to thrive in our harsh environment,” he said.

“While we know the basin replenishes, it is an incredibly slow process and maintaining the pressure in the basin is of paramount importance. Simply, we cannot continue to grow the resources industry without finding a new source of water.”

Ramsey added that while desalination appears to be the obvious answer, there will be numerous community concerns which will need to be addressed along the way and this project will do that.