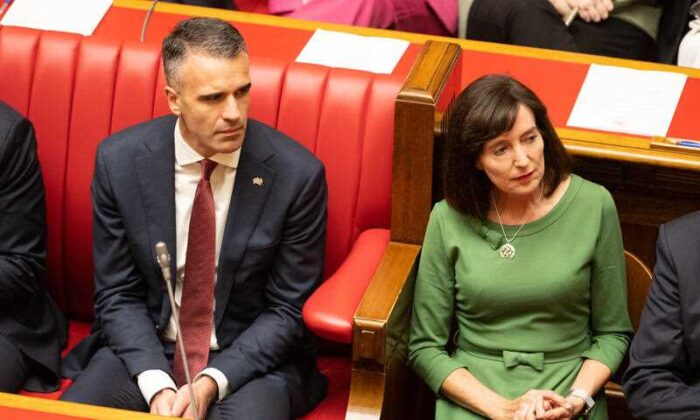 South Australia has joined eastern seaboard state leaders in calling on the federal government to reinstate pandemic leave payments, which ended on June 30.

This comes as Prime Minister Anthony Albanese defended his decision not to extend the pandemic leave payment, citing the trillion dollar debt his government inherited from the Morrison government.

“We’ll give consideration to all of these issues, but we inherited these decisions,” Albanese told reporters in Suva, Fiji, on July 15.

“And that’s something that was not our responsibility. There was enormous waste there in the budget,” he said, adding that there are companies who are “good employers” who are providing sick leave payments.

“The idea that no one is getting any sick leave at the moment, it’s just not the case. Good employers are recognising that people are continuing to work from home whilst they have COVID and are receiving, therefore, payments through that,” he said.

On Monday, July 18, state and territory leaders will meet with Prime Minister Anthony Albanese in a snap national cabinet meeting to discuss extending the payment for workers needing to isolate after catching COVID-19.

Acting South Australian Premier, Susan Close, said she also expects some discussion about the continued free supply of rapid antigen tests to concession card holders, which the federal government will cease at the end of July.

But she did not indicate whether the state government would step in and provide the tests. The South Australian government already provides free tests to anyone regarded a close contact of a positive case.

“We are expecting an interesting and lively discussion as the pandemic reaches yet another difficult phase,” Close said on July 15.

South Australia’s Premier Peter Malinauskas is currently on leave but is expected to take a break from his holiday to attend the cabinet meetings.

Albanese has recently been under pressure over his government’s refusal to continue pandemic leave payments.

NSW Premier Dominic Perrottet said on July 15 that it would be “unfair” if the federal government were going to enforce seven days of isolation for positive COVID cases.

“I think it is unfair that when the state imposes on people that restrict their liberty and their capacity to work for the government to not provide financial support and that’s the issue,” Perrottet said.

“So if there weren’t public health orders in place, then I don’t believe there’s a need for the government to step in.

“If the state is imposing those health orders, then the state should also be there to provide financial support to help people get through.”

Tasmanian Premier Jeremy Rockliff said it was “not the right time” to end the payment.

“We’re all in this together. Tasmania is well and truly pulling our weight when it comes to supports for the community. We expect the federal government to do the same,” Rockliff said.

However, Federal Health Minister Mark Butler, who said there would be millions of COVID-19 cases by the time winter ends, defended his government’s decision to stop the pandemic payment, including the supply of free rapid antigen tests to concession-card holders from July 31.

“As you move to a new phase that doesn’t have the same level of mandates around people’s behaviour … inevitably, you have to start looking at these very large emergency payments that have been coming out of the budget.”

More than 47,000 positive COVID-19 cases were recorded in Australia on Thursday.