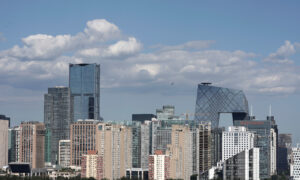 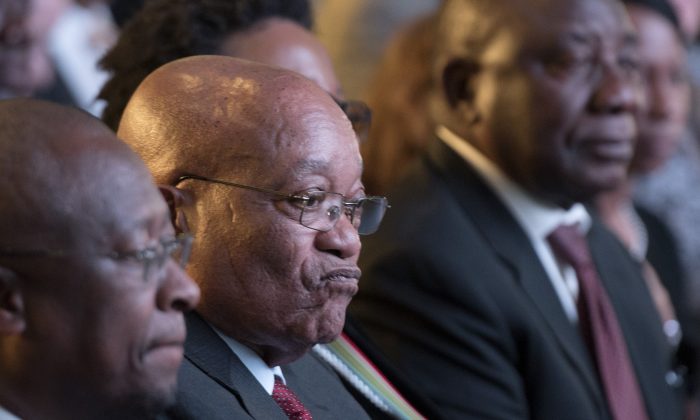 There is an insidious racism with which the West treats black African Marxist leaders. They are not held accountable to the same standards that whites are.

The interrogation to which U.S. Judge Brett Kavanaugh was submitted last week had the assiduity worthy of a war crimes tribunal. At the same time, South Africa President Cyril Ramaphosa lied to the United Nations–with jejune consequence.

Ramaphosa said that President Trump had been “misinformed” about white farmers being killed and that there had been no land grabs.

Cyril Ramaphosa has just begun the process of seizing land from his own citizens, without compensation, purely due to their skin color. That’s far more racist than anything President Donald Trump has ever done, but liberal elites in America don’t bother with the details.

The hypocrisy of the Marxist African National Congress and the silence of the mainstream media who are their lap dogs is stupefying.

In South Africa, in the nine years following the end of apartheid and South Africa’s democratic election in 1994, more than 1,000 farmers were killed. The death rate by murder for South African farmers is 313 per 100,000, perhaps the highest for any group of people on Earth who are not at war.

The murders are accompanied by torture and rape. The sadism of the attacks suggests either dark perversion or systematic terror. Old women have oil poured over them and are then “ironed” so their skin comes off in flaps. Toddlers are drowned in boiling water. Recently, a man was stabbed more than 150 times with a garden fork. Little girls are nailed to kitchen tables and raped over and over. Sometimes the attackers will stay for hours. They bring food and alcohol, as if to a bizarre hate fest.

Dr. Gregory Stanton of Genocide Watch has even suggested that the killings could be classified as genocide.

At one extreme, these attacks are seen as part of the “Second Revolution.” The “First Revolution” was the takeover of South Africa by a black government. The Second Revolution, using terror, is the establishment of a radical black Communist society and the expulsion of whites. Driving the white farmers off their land is part of this process.

At the other extreme, the attacks are seen as being purely criminal and without political guidance or motives. The white farming lobby is inclined to believe the former. It points to Julius Malema, the leader of the Economic Freedom Forum, who gets his constituents going by singing and miming “Shoot the Boer! Shoot to Kill! Pow! Pow!”

Former South Africa President Jacob Zuma was also wanting to sing songs about “Shooting the whites with my machine gun and seeing them run. Kill the Boer! Kill the farmer!’ to cheering black crowds.

The propagation of hatred from political platforms and the ridiculing of white victims in seldom reported by the MSM.

Earlier this year, a land confiscation motion was brought by radical Marxist opposition leader Julius Malema, and it passed South Africa’s parliament by a 241-83 vote. Malema has had a long-standing commitment to land confiscation without compensation.

In 2016, he told his supporters he was “not calling for the slaughter of white people—at least for now.”

The land-grabbing sentiment is also expressed by Lindsay Maasdorp, national spokesman for Black First Land First, a group that condones land seizures in South Africa. He said, “We are going to take back the land, and we’ll do it by any means necessary.”

The land confiscation policy was a key factor in the platform on which Cyril Ramaphosa ran.

Ramaphosa has pledged to change the South Africa Constitution in order to legalize the seizure of property without compensation.

Did anyone question his assurance to the United Nations? Of course not.

George Ayittey, Ghanaian economist, in his book “Africa Betrayed” said, “White rulers in South Africa could be condemned, but not black African leaders guilty of the same political crimes.”

Zuma, who boasted an education of that a standard two pupil (the average 8-year-old), admitted to raping a girl on the desk in his presidential office. It provided no impediment to his presidency, during which time he stole billions from state coffers and enabled the state to be captured by an Indian family, the Guptas.

No Western media has shown interest in this outrageous story.

No Criticism of Mugabe

I know of no Western government that criticized Robert Mugabe. The South African government supported and applauded him.

The fact that Mugabe killed, raped and tortured tens of thousands of black people means nothing to the bien pensants in the West.

Zimbabwe, South Africa’s northern neighbor, formerly called Rhodesia, was southern Africa’s breadbasket. That was prior to the confiscation of nearly 6,000 large white-owned commercial farms during the 1990s.

Mention of South Africa’s appalling crime levels just irritates the liberals. Any opposition politician who brings up the subject will be called a racist.

In Ernst Roets’ book “Kill the Boer: Government Complicity in South Africa’s Brutal Farm Murders,” he writes of the direct involvement of members of the African National Congress government and South African Police in the planning and execution of these attacks.

Seldom are perpetrators brought to justice. Case dockets are stolen. Investigating officers of the spectacularly inept police force are encouraged to be careless. Senior African National Congress politicians protect themselves against violent crime with fortified houses and phalanxes of bodyguards but do nothing to protect the ordinary people of South Africa.

Combating crime is very low on the African National Congress’ list of priorities.

The editor of the biggest online newspaper in South Africa admitted that she “isn’t interested in SA [South Africa] farm murders. They don’t do that well for the clicks.”

Thus, it comes to pass that the beleaguered white tribe of South Africa has no voice. Ideologues try to make farm murders into an issue of land rights. There is little evidence of this. No black killer, to my knowledge, has expressed a desire to run a farm of his own.

As land seizures based on skin color shows, South Africa is once again becoming a place where an entire group of people is targeted for discrimination and violence on the basis of their skin color.