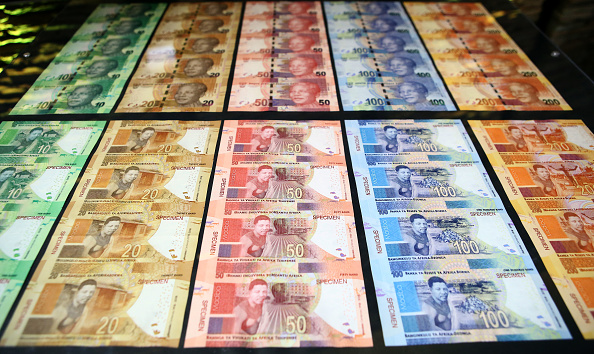 The collapse of the seventh-smallest of South Africa’s 21 banks has left a trail of destruction, with customers queuing up outside branches before dawn in the hope of accessing their funds. Like Mulalo Ramano, a 72-year-old widow who’s suffered anxiety attacks fretting about the 20,000-rand life savings she deposited at the bank.

“My heart beats so so fast, it feels like it’s going to pop out,” a frail Ramano said July 14 as she waited outside a branch of VBS in Thohoyandou in northeastern South Africa. She was among dozens of people lined up to trying to get their money back from the lender that collapsed in March.

The scandal has claimed the jobs of senior managers at KPMG South Africa and the Public Investment Corp., Africa’s largest money manager. It’s also put at risk 1.65 billion rand of illegal deposits made by 13 already cash-strapped municipalities, which the government has said won’t be bailed out.

The scale of the fraud is more than three times the size of the 10 biggest cash-in-transit heists pulled off by armed attackers last year, when they netted 456 million rand, according to Interpol data published by the Johannesburg-based TimesLive news website.

Nedbank Group Ltd., South Africa’s fourth-biggest bank, with support from the central bank, has stepped in to help with payouts for VBS customers.

VBS’s history stretches back to 1982, when racist laws were in full force and black South Africans had little or no access to finance. Burial societies established the Venda Building Society to offer impoverished communities a way to set aside money for funerals.

The bank shot to prominence in 2016, when it loaned former President Jacob Zuma almost 8 million rand to reimburse taxpayer money spent on upgrades to his private home. At the time, Zuma was facing accusations of allowing his friends the Gupta family to influence cabinet appointments and unfairly win state contracts. Zuma and the Guptas deny any wrongdoing.

South Africa’s biggest lenders reacted to the corruption allegations by closing down all accounts linked to the Guptas. That triggered a backlash, with Zuma’s supporters calling for a boycott of what they labeled “white banks.” Municipalities came under pressure from some politicians to instead place their money with black-owned banks like VBS—in contravention of laws that prohibit mutual banks from taking municipal deposits, according to Naidoo.

“There was an element of politicization of the bank,” he said. “There was certainly political pressure on municipalities to take money from so-called white banks and put it in black banks.”

The trigger that sent the bank into administration in March, and offered the first glimpse of its liquidity crisis, was its inability to honor an obligation to a municipality the previous month.

“It took deposits, gave the money to directors and shareholders and their associates and companies, and then it needed to pay back deposits so it had to get more deposits in,” Naidoo said, describing the structure of the Ponzi scheme.

An investigation by SizweNtsalubaGobodo, the administrator, blamed VBS Chairman Tshifhiwa Matodzi and four others for the bank’s collapse. They defrauded depositors by fabricating accounts, creating fictitious deposits, bribing officials at other organizations, transferring funds to themselves and buying bank assets that weren’t recorded, including a helicopter, according to Anoosh Rooplal, the bank’s curator.

Matodzi said in a signed letter to Naidoo in March, which Naidoo included in court papers, that his VBS team would “leave the space with our heads held high knowing that we achieved what was considered impossible. In the end, we were faced with a well organized and powerful system which does not tolerate growing black banks and black excellence.”

Back in Thohoyandou, Terrence Mulaudzi, 23, hustles through the streets of the town, selling everything he can—from belts to mobile-phone SIM cards—to eke out an existence. His extended family has been a victim of the bank’s collapse.

“Everyone in my family is affected, from my dad to my cousins,” he said. “We trusted the bank and the system to look after us, and now to discover we have been throwing money into a bottomless pit and for thieves to enjoy.”