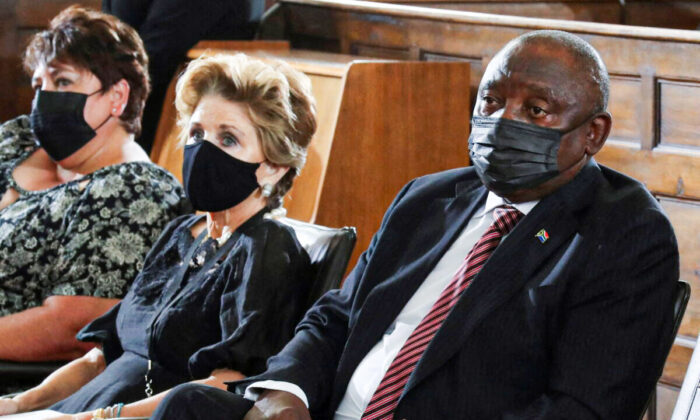 South African President Cyril Ramaphosa has tested positive for COVID-19 and is receiving treatment for mild COVID-19 symptoms, his office said on Sunday.

The 69-year-old, who is fully vaccinated, is in self-isolation in Cape Town, with Deputy President David Mabuza delegated to take over responsibilities for the next week.

The president and his delegation recently returned from travel to Senegal on Dec. 8 before and after which they returned negative COVID-19 tests.

At the memorial service, a mask-wearing Ramaphosa gave a eulogy to the last leader of South Africa’s white minority government, who helped negotiate a multi-party agreement for the nation’s transition to democracy and reconciliation.

In the past few days, a nationwide outbreak believed to be linked to the new Omicron variant of the coronavirus has been infecting around 20,000 people a day. South African scientists see no sign that the variant causes more severe illness. It is unclear which strain the president has been infected with.

According to his office, Ramaphosa said his infection is a reminder to people to remain vigilant against exposure to the novel coronavirus, and that he believes vaccination remains the best protection against severe illness and hospitalization.