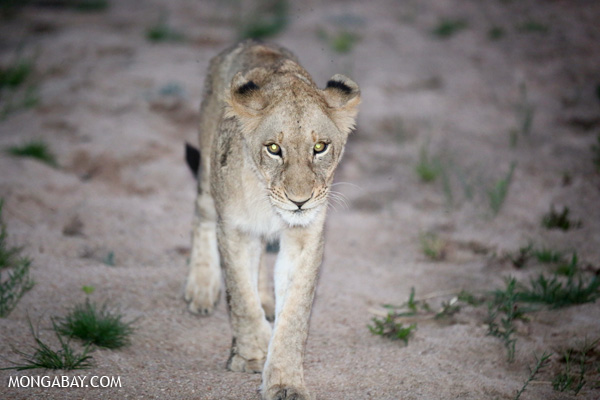 JOHANNESBURG— The South African wildlife park where a lion killed an American woman has remained open and is “operating as usual,” a park official said Tuesday.

The park was open to tourists and had received no queries about the attack that took place a day earlier, said Scott Simpson, assistant operations manager at the Lion Park.

“The park is not closed and it is not closing,” he said. “We have closed off where the incident happened, so those lions won’t be seeing the public until we have had an investigation and we know what exactly happened.”

An American woman was killed by a lioness on Monday when the animal attacked her through a car window. The car’s windows were open, contrary to park rules.

The U.S. Embassy in South Africa said it would not release any details on the woman out of respect for her family.

The driver of the car, believed to be a local tour operator, remains hospitalized. Simpson said park officials tried to visit the man in hospital, but were asked to return later.

The attacking lioness will not be euthanized, but will be moved to another property owned by the park away from tourists, said Simpson.

The Lion Park is a popular tourist destination that allows visitors to drive in their own cars through large enclosures where lions roam freely.

Private tour guide Matthew Grace, said none of his customers have raised concerns about visiting the park since the attack.

“I don’t blame the Lion Park,” said Grace, who led a tour group through the park hours before the attack. “They’re wild animals at the end of the day.”