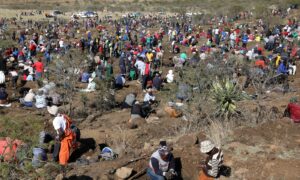 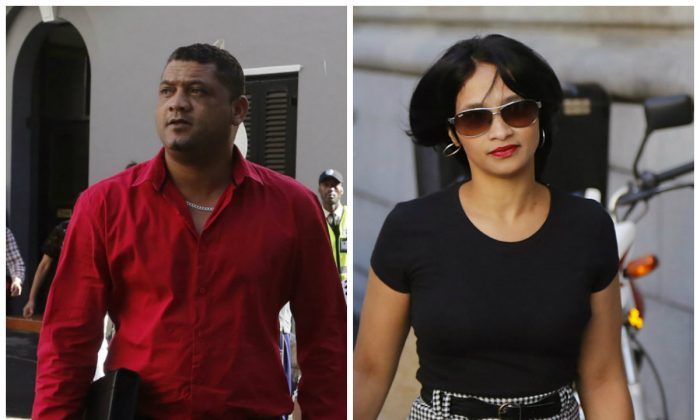 The father of a baby snatched 18 years ago from a hospital in Cape Town, South Africa revealed he hasn’t spoken to his daughter in five months.

Zephany Nurse was only three days old when a woman who was dressed as a nurse snatched her, while her mother, Celeste Nurse, was sleeping in the next bed recovering from a C-section.

No one knew what happened to the girl—until last year when things took a dramatic turn.

Zephany made a new friend at high school—unbeknownst to her, it was her biological sister, Cassidy. Their classmates continuously pointed out their striking resemblance. Cassidy then told her father, Morné Nurse, and shortly after, the trio went to Mcdonalds to eat burgers.

It’s gone from a happy ever after fairytale to an absolute nightmare.
— Morné Nurse, father

Morné Nurse noticed immediately that Zephany had a strong resemblance to them. But it wasn’t until Zephany told him her birthday, April 30, 1997–the same day she was taken from her parents—that he realized there was a possibility that Zephany is his long lost daughter.

Zephany’s birth parents contacted the police, and DNA tests confirmed that she was in fact their daughter. On March 10, the woman who raised her was convicted of kidnapping, fraud, and contravening the Children’s Act, and awaits her sentencing, scheduled for May 30.

The reunion between Zephany and her real parents has been bittersweet.

Speaking to Mailonline, Morné Nurse said: “I  got my daughter back and now I’ve lost her all over again, and it is just as painful this time around, maybe even more so.”

According to the Daily Mail, Zephany is back living at the kidnapper’s home.

“Finding her was the best news ever, but it feels like we’ve lost her again. Our hearts are broken,” her birth father said.

Celeste and Morné were ecstatic to have their daughter—whom they named Zephany Joy Nurse (the name she grew up with has not be released to the public)—back into their lives. Apart from their excitement, they felt the kidnapper robbed them of their daughter’s childhood.

But Zephany did not feel robbed—after the court found her “mother” guilty, Zephany told her “father” to wish his wife luck and give her a kiss, according to EWN News.

Zephra Nurse, Zephany’s grandmother, said the family isn’t going to force Zephany into having a relationship with them, according to All Africa.

“She knows we are there for her. She must just come.

“She grew up in a different land. She must rid herself of that foreign land. We are waiting. Patiently, we are waiting, because we are her biological family,” the grandmother said.

“It’s gone from ‘a happy-ever-after fairytale’ to an absolute nightmare,” Morné told Mailonline.

“We were in no way prepared for all the challenges we have had to deal with.”

They said I had to be careful because no one could know what ideas had been put in her head about me.
— Morné Nurse, father

Morné isn’t blaming the now 18-year-old girl, but rather the woman who started this whole turmoil.

“That kidnapping mother is a wicked, wicked woman, who has filled her head with ideas which have deprived us of the chance of getting to know Zephany. She stole her once and now it feels like she’s stolen her all over again,” he said.

The kidnapper, who cannot be identified in order to protect the new identity of Zephany Nurse, told EWN News she’s going to miss the teenager who she had raised for 18 years.

Still, Zephany has refused to have any contact with her biological relatives since November of last year.

“The relationship with my daughter was under heavy strain, there was confusion from Zephany’s side,” Morné told the Mailonline. He also said he had been warned by social workers to be extremely cautious about having any physical contact with his daughter—unless a third party is there so he or she could vouch for him.

“They said I had to be careful because no one could know what ideas had been put in her head about me.”

“They told me I could be easily accused of being inappropriate with my own daughter, she could make a false accusation against me and that I had to protect myself by not being alone with her,” he said.

I have encouraged her to build a relationship with them. They are her birth parents.
— Kidnapper's husband

Morné said he’s been really “desperate” to catch sight or even a glimpse of Zephany despite their strained relationship. According to the Daily Mail, he has even turned up at the property on numerous occasions.

“I’ve been so desperate that I’ve gone there looking for any sign of her, any glimpse of her,” he told MailOnline.

“They won’t open the gate or come to the door. I see the curtain twitching, so I know someone is there. But every time I’ve left with nothing, nothing but my broken heart.”

On the contrary, both the kidnapper and her electrician husband begs to differ.

“I have encouraged her to build a relationship with them. They are her birth parents. We don’t want to stand in the way of that,” the electrician said.

“I hope she [Zephany] will forgive me. To Celeste Nurse [Zephany’s biological mother], I want to say again, go to your daughter, go win her back. You are her mother. I don’t know what happened between the two of you, but go to her and win her back. A mother’s love is strong and she will give in,” the 50-year-old kidnapper said in court.

The convicted kidnapper could face up to 10 years in jail.

“I don’t want for Zephany to see me in jail,” she said, reported EWN News.

Defence attorney Reaz Khan said because the kidnapper had a serious heart condition that required surgery two years ago, he would argue for a lighter prison sentence for her, told EWN News.