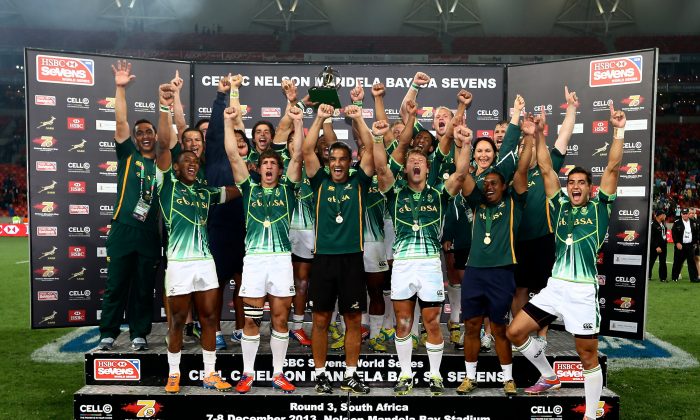 Round-Robin Matches
After Day-1 of the HSBC Sevens World Series matches in Port Elizabeth, South Africa on Saturday Dec 13, all of the top rugby nations are through to the Cup Quarter Finals to be played on Sunday Dec 14.

The only surprises in the Pool Matches were Japan beating Samoa 17-14, Argentina beating Australia 31-12 and Wales being relegated to the Bowl after defeats by South Africa and USA. USA beat Wales 38-12 in the Pool-A match.

Plate and Bowl
In the Plate Semi-finals Fiji easily overcame England 31-0 and surprisingly USA beat Scotland 26-19. The Plate Final was won by USA overcoming Fiji 21-14, while Canada beat Kenya 24-5 to win the Bowl.