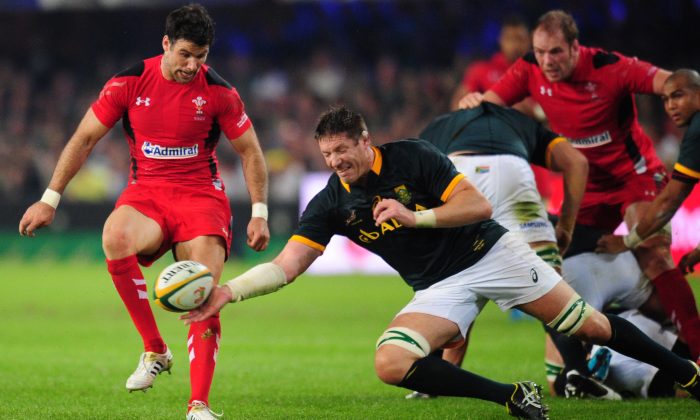 South Africa and Wales face off in a rugby match on Saturday, June 21.

The match at Mbombela Stadium, Nelspruit is slated to start at 2 p.m. BST/SAST.

The match will be broadcast on Sky Sports 1 in the United Kingdom and SuperSport in South Africa.

Live streaming will be available through both broadcasters.

Some lineup changes have been made for the second Test. Wales has dropped Adam Jones in favor of Samson Lee. Lee, 21, replaced the veteran during the first half of the first Test, which Wales lost 38-16.

Also, Josh Turnball is replacing Aaron Shingler at open-side. Wales coach Warren Gatland said that Jones, 33, can reclaim his spot if he wants, but must resolve his contract situation.

“He can get a good break now and get things sorted out contractually-wise and come back motivated to be part of the [2015[] World Cup squad,” Gatland told BBC.

“We have had a good week and we see Saturday as an opportunity to right the wrongs of last weekend,” Gatland added.

“We were disappointed with last week’s display, but we want to finish the season with a big performance and show what we know we are capable of.”