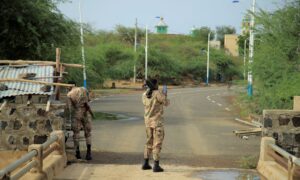 South Africa: 23 Rescued After Ship Aground Near Richards Bay

After a ship ran aground off Richards Bay in South Africa on Monday, 23 people were rescued by port personnel.

The coal cargo ship Smart had run into a sand bank while trying to exit the port to go out to sea. The captain ordered his ship to be abandoned and a helicopter as well as rescue boats were dispatched.

The rescued persons suffered no injuries.

The single-hull, 151,279 metric ton ship is registered to Alpha Marine Corp and flies a Panamanian flag, according to Reuters, and it was on its way to deliver cargo to a port in China.

Richards Bay port is on the Indian Ocean.