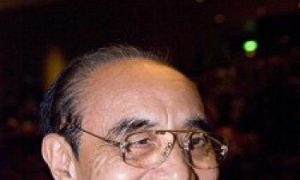 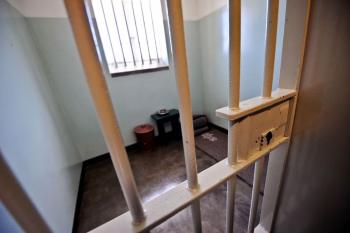 By Renate Lilge-Stoedieck
biggersmaller
Print
BERLIN—Twenty years ago this month, racial segregation was cast aside in South Africa. Seven years after that, on Feb. 3, 1997, the country officially adopted its first free and democratic constitution.

When President de Klerk opened parliament on Feb. 2, 1990, heralding the end of apartheid, he announced, “I wish to make it clear that the government has decided to unconditionally free Nelson Mandela.”

With de Klerk’s pronouncement, a wave of relief passed over Western nations. De Klerk was standing for what was right as he ended apartheid, a system he once strongly supported.

But black South Africans, comprising 79 percent of the population, were not completely supportive, since laws based on racial discrimination were still on the books.

Nonetheless, the tide could not be held back once the path was decided on. Democratic elections were held in 1994, with Mandela voted in as president and de Klerk as vice president. Mandela and de Klerk jointly earned the Nobel Peace Prize in 1993 for ending apartheid. Without them, South Africa's rocky road would have proved more difficult to traverse.

The democratic constitution that went into effect on Feb. 3, 1997, guaranteed equality to all, regardless of race, plus freedom of the press, freedom of religion, and a commitment to uphold human rights.

But the nation is still saddled with a lot of baggage from its apartheid past: oppression, poverty, exploitation of the majority of the people, unevenly distributed educational opportunities, dilapidated townships, a 23 percent unemployment rate, rampant crime, a huge gap between rich and poor, and high AIDS mortality rates.

South Africa is set to host the World Cup in soccer this summer, a decision that is still hotly debated outside of South Africa. According to the German newspaper Munich Merkur, Bavaria's club manager Uli Hoeness said to Munich's City Hall officials that he would not travel to South Africa because of security issues unless safety could be 100 percent guaranteed. His comments created a flurry of diplomatic exchanges. It prompted player Beckenbauer to say publicly, “But you would also not hang around the South Bronx in New York at night.”

The last public opinion poll conducted in South Africa at the behest of the FIFA (Federation Internationale de Football Association) took place the end of December 2009. The survey found that 84 percent of South Africans are convinced the country is ready to host the event, and 86 percent reaffirmed their anticipation of the event.

An even a higher percentage felt the sporting event would unite the country. Those who see it as a great opportunity for South Africa were in the majority at 88 percent; 91 percent hope for employment opportunities and 95 percent expect an increase in tourism.

His May 10, 1994, presidential acceptance speech, which will be remembered by history, exemplifies what South Africans may be feeling today.